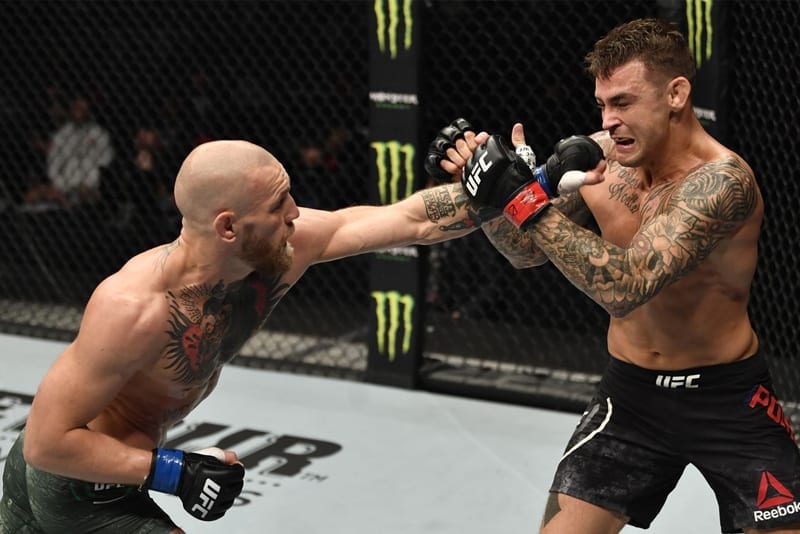 There is certainly a lot of bad blood between Conor McGregor and Dustin Poirier. The two have crossed paths on two occasions and each has a win over the other. The third fight in the trilogy is set to take place on July 10.

Ahead of their third fight, the two had a war of words on Twitter as they kept on exchanging verbal blows. After Conor McGregor insinuated that Dustin Poirier is a slacker, Poirier made it clear that he never slacks and will meet McGregor in the middle of the Octagon on July 10.

Conor McGregor fired back at Dustin Poirier and stated that he will be ready for Poirier’s tactics in their upcoming fight.

Good to hear Dustin, I hope so. As last time you backed up and shot inside the first 30 seconds. I’ll be in the middle from the very go if you want it. You know that. I’ll be ready for the tactics this time too tho. See you in there.

There is certainly a lot riding on the third fight between the two top UFC stars. Should McGregor lose the fight, his reputation is likely to be in shambles.

It is also likely that the winner of the fight will go on to face the UFC Light Heavyweight Champion in a title fight eventually. We will have to see how comes out on top in the fight.