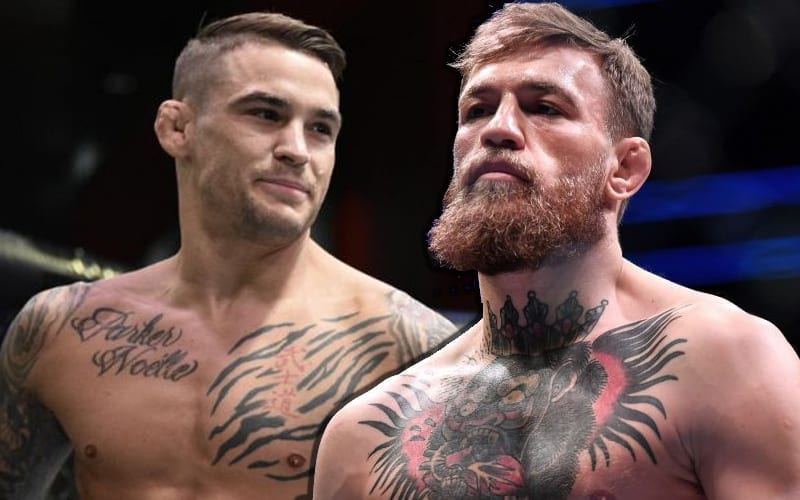 Conor McGregor and Dustin Poirier will have their third fight on July 10. The two familar foes are still throwing bombs at each other online to prepare for their third showdown in the Octagon.

McGregor tweeted out a jab at his opponent saying that he doesn’t take rest days unless he “absolutely had to.” He didn’t even take Sundays off.

Double skills work. I also didn’t take rest days unless I absolutely had to. Not one. Not even a Sunday. I will take this approach again for my comeback fight. I didn’t become ufc champ champ with this method but I did become ufc 145 champion. Also the cage warrior champ champ.

Poirier, who beat McGregor the last time around, tweeted out to say that he never slacks either.

I never slack, I’ll meet you in the middle of the octagon July 10th.

We’ll have to see who wins on July 10th. Either way both men are walking away with a hefty paycheck. The big question is who will walk away with the winner’s purse.