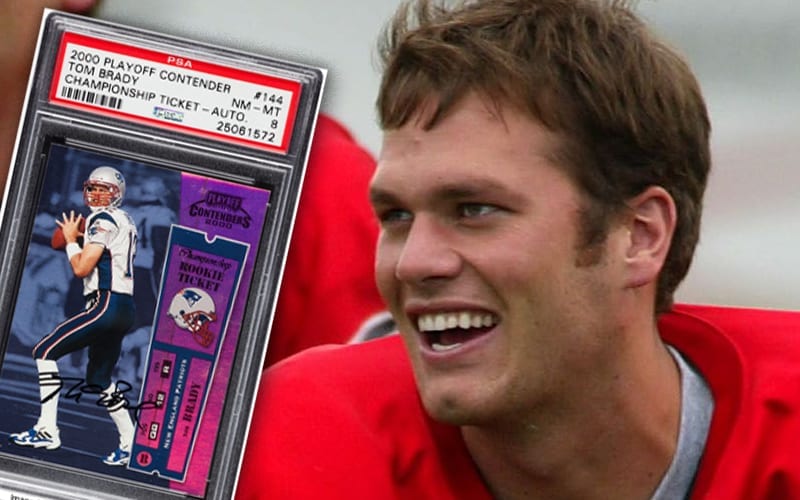 Everyone is looking to make a quick buck, especially 2.25 million of them. This story will also likely cause several of you to start diving into your card collections.

A rookie card for Tom Brady just sold at action for $2.25 million according to ESPN. In March the same card sold for $1.32 million and it held the record until this recent sale.

The card in question is a 2000 Payoff Contenders Championship Rookie Ticket card. It was also autographed by Brady. The cards have a serial number of #99 out of #100. This recent card had an 8.5 grade and the autograph was graded a 9.

Tom Brady is now with Tampa Bay, but he’s injured. It’s unknown if he will even make preseason workouts, because some have theorized that his knee injury, which required surgery, is worse than they’re letting on. He recently signed a high-dollar one-year extension on his contract with the Buccaneers as well.

The Tom Brady rookie card’s buyer is anonymous. We have no idea where that card is going, but the new owner paid a ton for it.