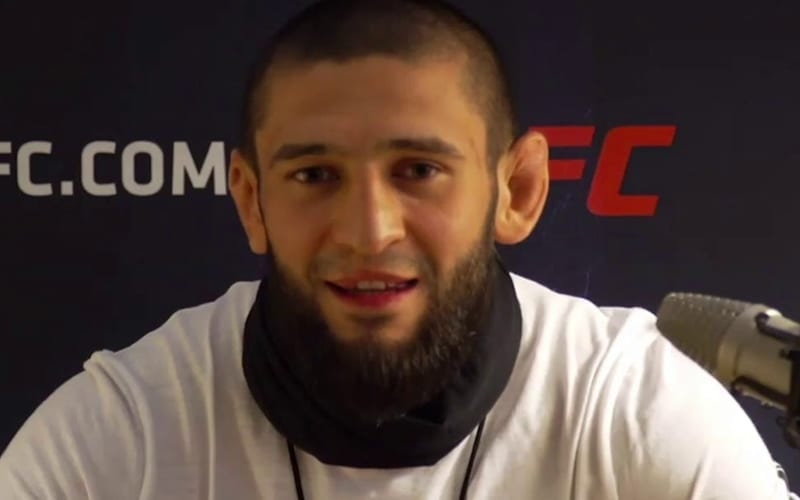 Many fans would agree that UFC fighter Khamzat Chimaev has been very unlucky for the past few months as he contracted COVID-19 and also suffered its lingering effects. Due to the virus, he had to cancel several of his upcoming matches and in frustration, the fighter announced his retirement from UFC.

UFC President Dana White shot down his announcement as White stated that he only got emotional from the consequences of his COVID-19 infection. Since then, the Russian fighter made several teases regarding his return to the UFC.

Ali Abdelaziz previously stated that Chimaev will be returning to UFC around the time of Summer this year. After that Chimaev himself said he is coming back to smash everyone.

Now it seems Chimaev has given yet another hint at his possible UFC return. The fighter took to Instagram and uploaded a video of him hugging Dana White and had the following caption:

Before this, Chimaev thanked Dana White for taking care of his treatment and mentioned he would be back in June.

We will have to see if Chimaev truly will make his return this year. The UFC world waits with bated breath for his comeback.