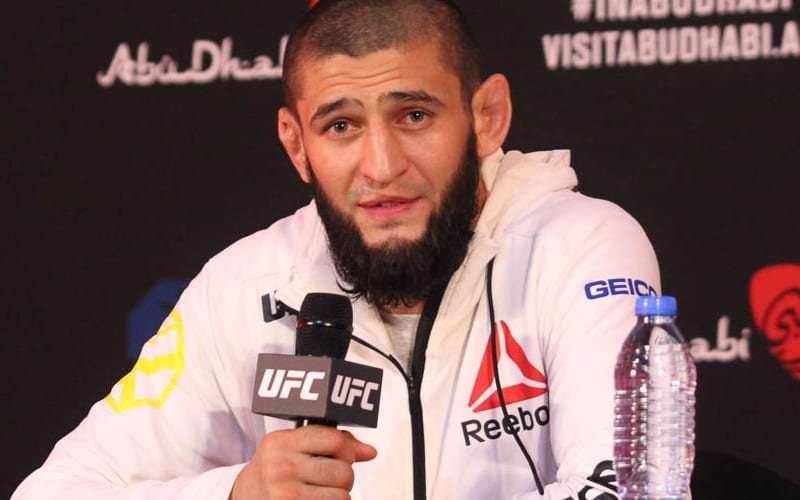 Khamzat Chimaev has definitely had a rough few months as he shockingly announced his retirement from UFC due to the lingering effects from COVID-19 that prevented him from taking part in fights on several occasions.

UFC President Dana White shot down his retirement declaration as White stated that he only got emotional from the consequences of his COVID-19 infection. Since then fans have been wondering whether Chimaev will actually return to the UFC or not.

Now it seems the rumors of his return are getting stronger by the day. Recently, Ali Abdelazi stated that Chimaev will be returning to UFC around the time of Summer this year.

Now it seems the UFC fighter himself has given yet another hint at a possible UFC comeback. Chimaev recently took to Instagram and uploaded a post as he announced him coming back.

Surprise, surprise. I’m coming back to smash everybody,”

Chimaev has already cemented himself as a bona fide star in UFC. We will have to see if he truly will make his return this year. All the signs point to that happening.