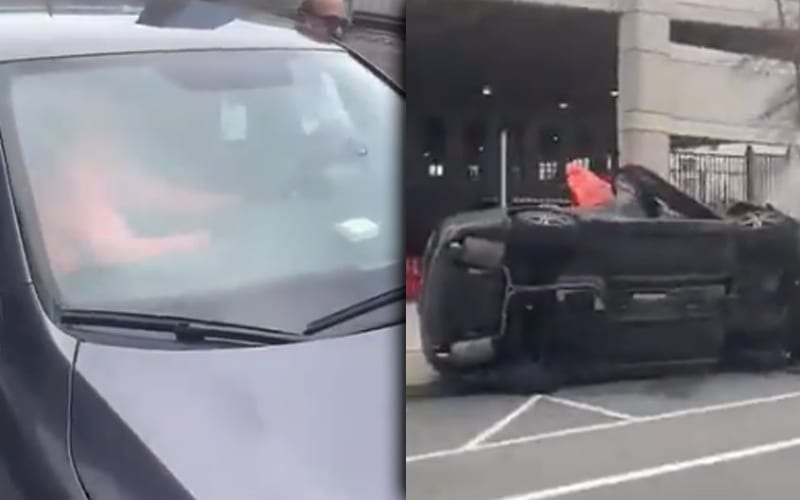 Two teenage girls carjacked an Uber Eats delivery car with the driver, Mohammad Anwar, still in it. Anwar, 66, died when the car subsequently crashed, and the girls have now been charged with murder.

The girls are very young, one being only 13-years-old from Southeast D.C. and the other one being 15 from Fort Washington, MD. As per a Metropolitan Police Department news release, the two had allegedly tased him in order to take control of the vehicle.

After the vehicle crashed and the scene was reported, Washington D.C.’s Fire and Emergency Medical Services tried to treat the man who had been suffering from “life threatening injuries.” After Anwar was taken to a hospital nearby, all the attempts at saving him were to no avail, and he was declared dead .

A video which recorded the carjacking from upfront has been going viral on Twitter. Anwar is shown yelling “this is my car,” after which the girls drive off with Anwar still at the side of the car.

An Uber Eats spokesperson revealed to WTOP News that while they are sad and support Anwar’s family after the incident occurred, they’re thankful for the Metropolitan Police Department for their actions in the investigation.

We are devastated by this tragic news and our hearts go out to Mohammad’s family during this difficult time. We’re grateful the suspects have been arrested and thank the Metropolitan Police Department for their diligence with this investigation.

A Go-Fund-Me was set up for Anwar’s burial where in the description, the family had written:

This money will help with providing Uncle Anwar with a proper Islamic burial, loss of wages for the family, and pain and suffering. Although money won’t fill the gaping hole that his death has left in our family, it will help remove some of the stress and worry of daily living while we grieve and heal.