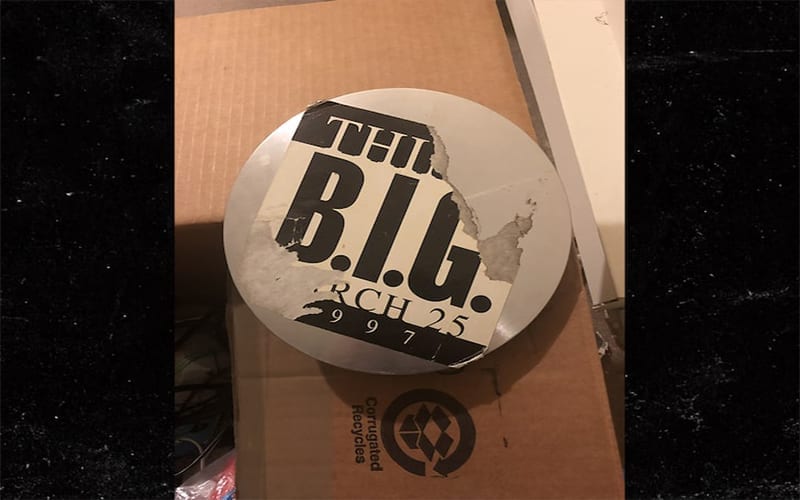 A huge part of The Notorious B.I.G.’s life is now open for sale, as reported by TMZ. A hubcap in which Biggie Smalls was killed in on March 9th, 1997 is now back on sale after he had made his way from the L.A.’s Petersen Automotive Museum.

TMZ reports that the original hubcap was obtained by the seller directly from a family friend. The family friend owns the rental company which had the rights to the vehicle.

The seller has had the hubcap for many years, and now he is willing to sell it for the price of $150,000, which is just about how much you would expect for a huge Biggie Smalls memorabilia.

The hubcap still carries the remnants of the sticker that was pasted on it in order to promote Biggie’s then-upcoming album and now Life After Death. The sticker had the words “THINK B.I.G. MARCH 25 1997,” written on it, which was the release date for the album.

The crime scene photos from the case of Biggie’s death also carries the hubcap with the sticker. The rapper was shot dead when his GMC Suburban stopped at Fairfax and Wilshire Blvd. The documentary celebrating the rapper’s life and music came out on March 9th named Biggie: I’ve Got A Story To Tell.