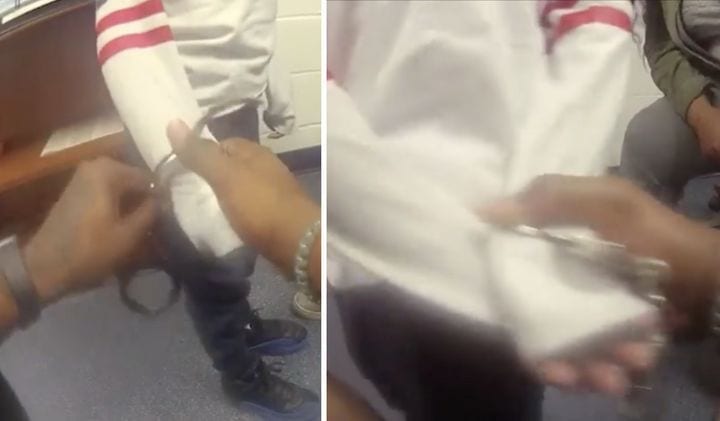 Police officers are supposed to protect innocent citizens and make them feel safe, especially children. However, it seems a couple of police officers didn’t get understand that.

According to NBC News, the incident took place in January 2020 and saw two Maryland Police scream at a 5-year-old boy and then handcuff him in newly released body camera footage. It was said that the boy left school without permission.

One of the officers said the following:

Montgomery County Council member Will Jawando released a statement on Friday as he condemned the appalling actions of the police officers.

“I watched in horror as what can only be described as a nightmare unfolded for nearly an hour. It made me sick. Our heart aches for this student. There is no excuse for adults to ever speak to or threaten a child in this way.

As parents and grandparents, we know that when families send their children to school, they expect that the staff will care for them, keep them safe and use appropriate intervention processes when needed.”

The council member demanded that the officers be fired and an extensive investigation of the police department be conducted as well. This is truly a horrific incident that took place and our heart goes out to the little boy who was undoubtedly traumatized by the police officers.