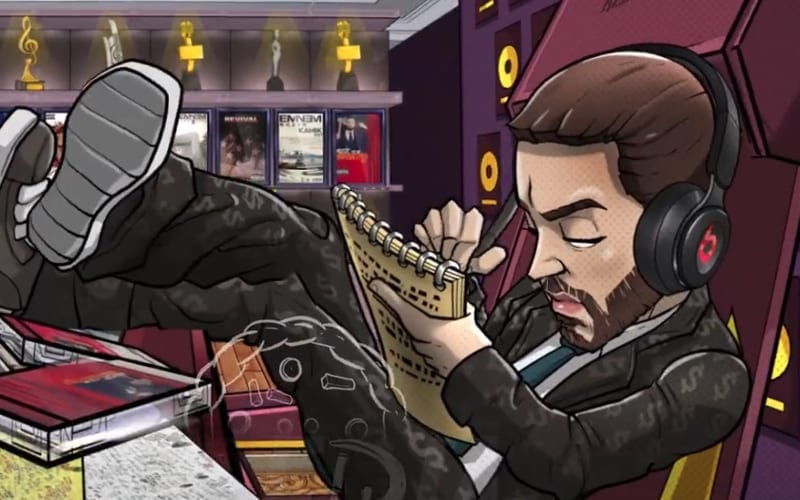 Music To Be Murdered By could get a third installment, and fans uncovered a big clue.

We previously covered Eminem’s new music video for “Tone Deaf.” That animated video, made by Randy Chriz, was epic and it included a lot of little Easter eggs.

Fans were quick to notice that an animated Em was seen writing words in his award-clad room, and there were three albums on his desk. Side A, Side B, and Side C of Music To Be Murdered By.

Some fans are saying that it’s a deluxe cover, but this certainly got fans guessing about what Slim Shady has in store next. He is always working on something, but he is also very picky about what he lets drop.

Eminem is also one for prophetic teases. We will keep a close eye on this situation. In the meantime, Gen Z can continue their failed attempts to cancel him.