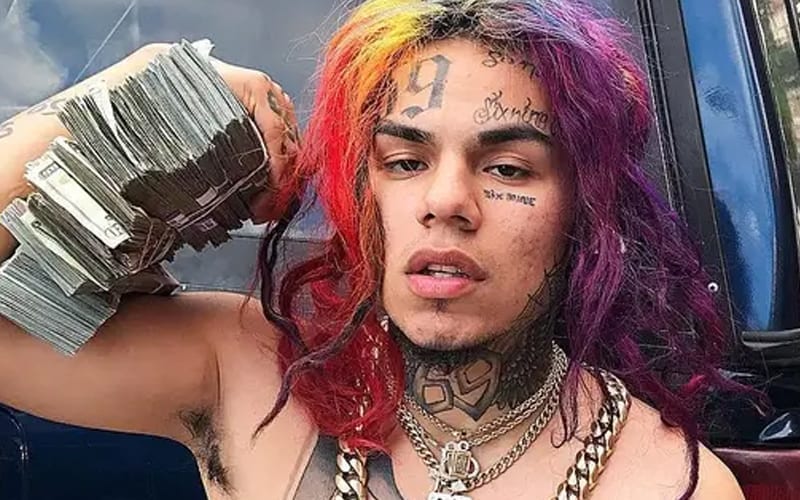 6ix9ine is more likely to make headlines because of his antics outside of the studio rather than by dropping a chart-topping track. He is now making noise for himself because he’s not paying the people responsible for keeping him out of prison.

The controversial rapper just debuted a $1 million chain on Instagram, but The Daily News reports that he owes his attorneys $66,000. That should be chump change for him, but he’s not paying.

6ix9ine has avoided his attorneys’ calls and not responded to messages. Now it seems that he is refusing to pay them.

Attorneys at RK&R are representing him in a case where a bystander is suing the rapper for $150 million for his connection to a 2018 “crime spree with the Nine Trey Bloods.”

A Brooklyn Supreme Court requested that his case be heard in April, but his attorneys are threatening to drop 6ix9ine if he doesn’t pay his bill. We will have to see if he finally pays them, or he could always go back to prison.