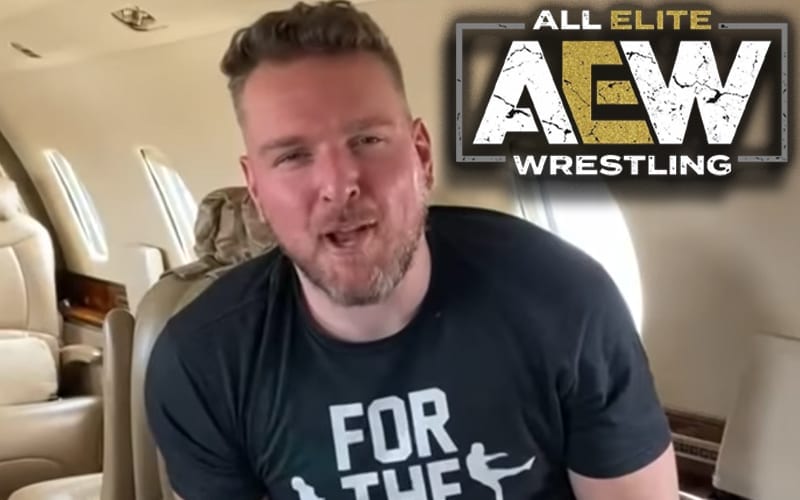 Pat McAfee hasn’t worked with WWE since WarGames. He might be packing up his wrestling gear with Jacksonville in mind.

The former NFL punter posted a short video on Twitter. He was putting his urban camo wrestling gear in a backpack. This triggered some to think that he might be on his way to AEW Revolution.

McAfee is a very busy guy, and Triple H said that is why he hasn’t been back to NXT. Cody Rhodes also said that McAfee has been calling him constantly for a job, something McAfee denied. In fact, McAfee said he’s considering retiring from the ring.

McAfee’s last WWE appearance was via a video package in February. You can check that out below.

We’ll have to see who really shows up at AEW Revolution, but it’s anyone’s guess at this point.