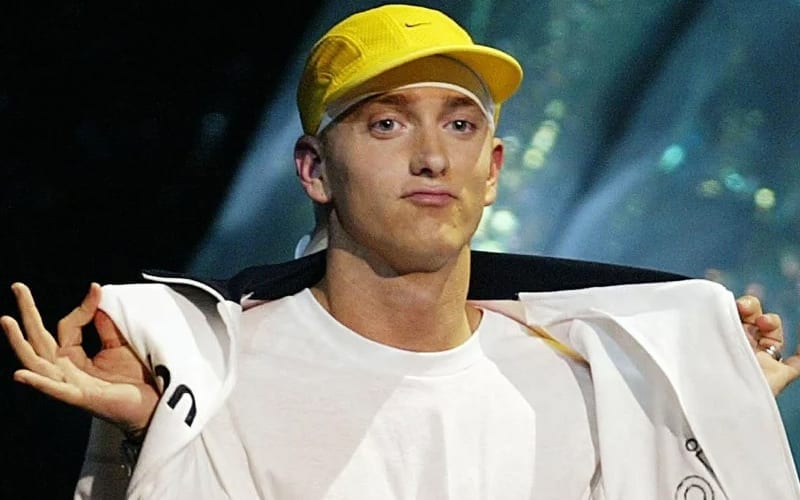 Eminem recently sparked a cancel movement, but people who grew up on Marshall Mathers’ lyrics aren’t having it. If anything, millennials are stepping up and telling kids to sit down.

A lyric from “Love The Way You Lie” drew a lot of attention, the one saying “If she ever tries to f*cking leave again I’m a tie her to the bed and set this house on fire.” Gen Z cancel culture jumped on this line like it had never been heard before, but millennials are shaking their heads all over; wishing that those Gen Z’ers complaining would have listened to Kim, a song about murdering his ex-wife, instead.

Eminem’s name trended on social media as both sides weighed in on the argument. So far Eminem hasn’t said anything about it, but odds are he’ll drop a line on an upcoming track that will blow some Gen Z minds. That is, only if he wants to; because this isn’t the first time Eminem has been cancelled.

The fact is that Eminem was “cancelled” before cancelling people was a trendy thing to do.

Members of Gen Z are used to seeing their viral outcries to ruin careers over past remarks end in success. That is not the case in this situation at all. If anything, the hysteria brought back nostalgia for millennials who are now listening to their favorite Eminem songs from high school once again.

The overall argument is that Eminem wouldn’t be allowed to drop those kind of lyrics now. He didn’t drop them now. He spit them years, if not decades ago. That is the overall point, but it won’t stop Gen Z cancel culture from trying their hardest to bring down Slim Shady.