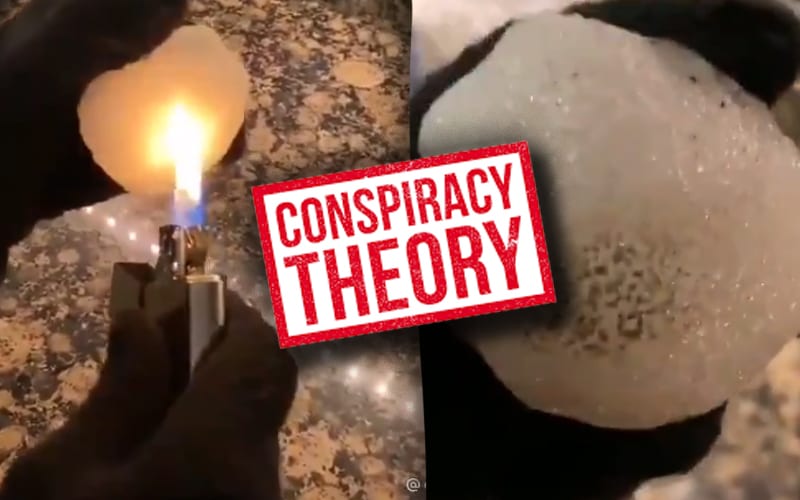 The United States got smacked hard by winter storms, but since it’s 2021 you’re always going to have people who want to make up their own version of reality.

Some Texas TikTokers have taken to sharing videos saying that the snow was sent by Bill Gates. These videos, without any scientific process, put flames to snowballs. They aren’t melting, but they appear to burn instead. This is proof, in their minds, that the snow was planted and faked.

They say that since the snow isn’t dripping, then it’s fake. What they fail to realize is water takes on another form: steam. The water is turning into vapor instead of dripping. They say that “if I put it in the microwave then it’ll start sparking because there’s metal mixed in it,” but they never prove it; because they can’t.

On Slate’s Bad Astronomy blog, Phil Plait summarized what is going on in those viral videos.

“To summarize, two things happen: One is that as the snow melts, the remaining snow absorbs the water. That’s why it doesn’t appear to drip; the snowball becomes a slushball.”

Those TikTokers scream: “it’s not melting” like they’re cracking a huge conspiracy theory. They are not, but it is a fun science experiment that you can do with real snow.

Users on TikTok are claiming that the weather is some government or Bill Gates conspiracy, but that isn’t the case. It’s not augmented or simulated reality. It is how snow works, but a lot of Texans might not be too familar with that weather pattern. Thanks to climate change, which is real and based on science, they’ll likely see more of the white stuff eventually.