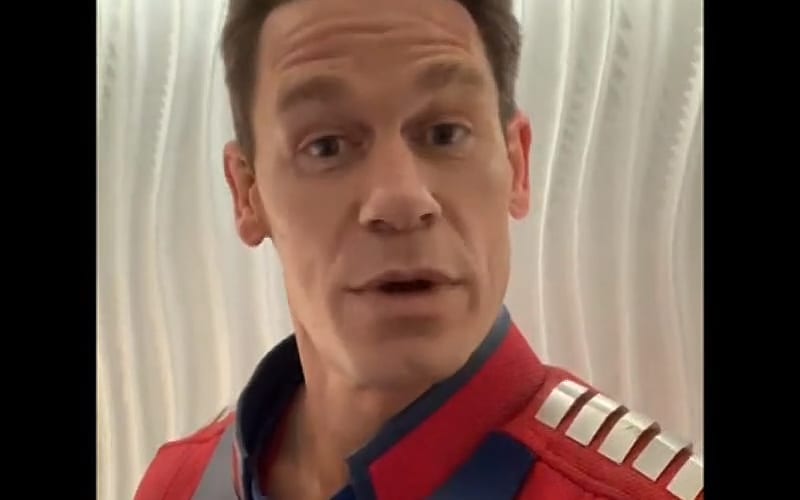 John Cena is a hero for millions and his influence was proven in a huge way when a young boy saved his sister by using tips he got from the 16x World Champion.

8-year-old Jaxson Dempsey saved his sister’s life after he remembered what John Cena said about CPR on Nickelodeon. The boy was celebrated in a parade by his hometown for his life-saving feat.

13WMAZ reports that Cena went even further. He took time out of his busy schedule filming HBO Max’s Peacemaker series to send Jaxson a video. Cena even kept the suit on.

“Hey Jaxson, this is 16-time WWE champ and Peacemaker John Cena saying hello. Now I heard a story about you, and it really touched my heart. A story that in a time of crisis, you were brave enough to take action. Doing so, you saved your little sister’s life. I wanted to commend you because the actions of a true hero are those who do act in a time of crisis. Usually, when bad things happen, one of the toughest things for all of us to do is to take action. You jumped right in helped out the best you could. Doing so, you saved your sister’s life. I really want to say thank you for being you, Jaxson. Thank you for being an inspiration; thank you from all of us.”

Jaxson noticed his sister choking on a chicken nugget and he remembered what John Cena told him to do. He hit her back until that nugget was no longer lodged in her throat.

This is the kind of story that we need to see more often. Everyone was happy all around, and you can tell John Cena was happy about a job well done.

You can check out the video below.