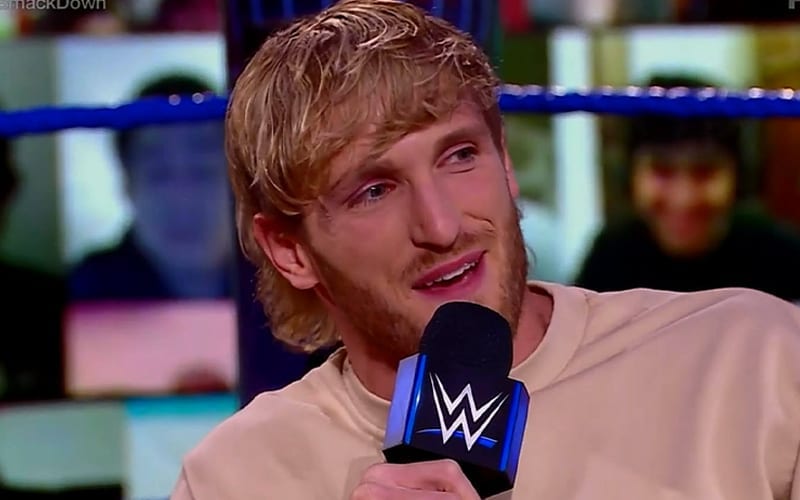 Logan Paul showed up on Friday Night SmackDown and he wanted to see what kind of conspiracy evidence Sami Zayn had in the trailer for his documentary.

Paul showed up as Sami Zayn’s guest, and he was very happy to the famous social media influencer. It didn’t take Sami Zayn long at all to invite Logan Paul to be his guest of honor at WrestleMania. Paul gladly accepted the invitation.

Logan Paul accepted Sami Zayn’s invitation, but he didn’t specify what he will be doing in that match. We’ll have to wait and see, but Logan Paul will be at WrestleMania as Ringside News first exclusively reported.

After the documentary trailer was over, Logan Paul didn’t really see the evidence. He also revealed that Kevin Owens told him that Zayn lives in his own reality and he’s neurotic. Before Logan Paul could tell Zayn what he really thought of the trailer, Kevin Owens jumped Zayn from behind with a Stunner.

You can check out the lineup (so far) below.

Bad Bunny vs The Miz

Kevin Owens vs Sami Zayn – Logan Paul will be involved