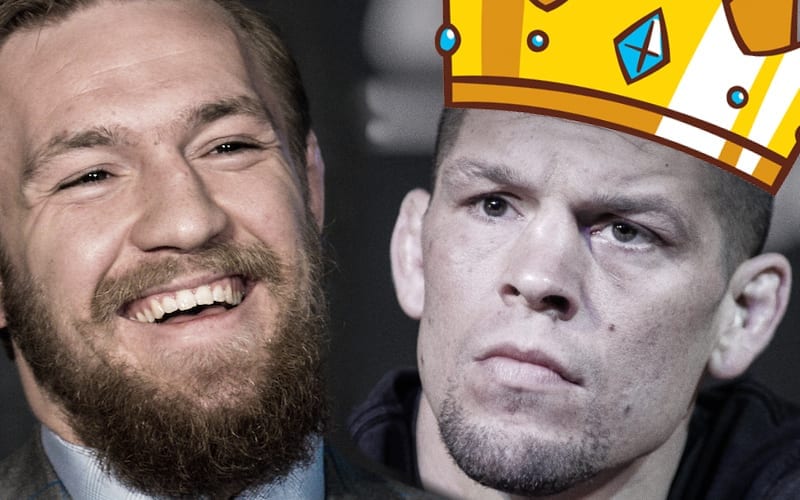 Conor McGregor and Nate Diaz are re-sparking their old feud in a big way. The two started firing bombs at each other on Twitter and that didn’t stop.

We previously covered how the two started things off in a very bad way today.

McGregor wanted to make sure that Diaz didn’t worry about who his next opponent is. He attached a famous photo from their previous fight where Diaz’s face was a crimson mask

And don’t worry on my next fight bro. You and your face know what I’m like when I go again with it.

Diaz fired back with a tweet to make it clear that he beat up a couple people who bested McGregor. It was a simple mathematical equation the way Nate Diaz sees it, because he is the king.

Don’t forget Dustin fucked u up

But he’s scared of me

You are both some bitches

And I slapped kabob

he was scared with no counter

And he owned you

so who’s the real king

Me bitch that’s who

Notorious wasn’t going to let that slide for long. He returned fire with a tweet that threw shade at Diaz where he called him the King of Nothing. He also took a little dig at the BMF Title.

I forget nothing bro and you’ll see that soon enough. And don’t talk to me about a little slap in a scuffle I had them all trapped thinking they were dead. You’re the king of nothing. You couldn’t even win your own belt they made for you, let alone any other.

We’ll have to see if Diaz vs McGregor III is in the future. Those two certainly seem to have something between them that they need to prove. If anything, it has really livened up our timelines today.