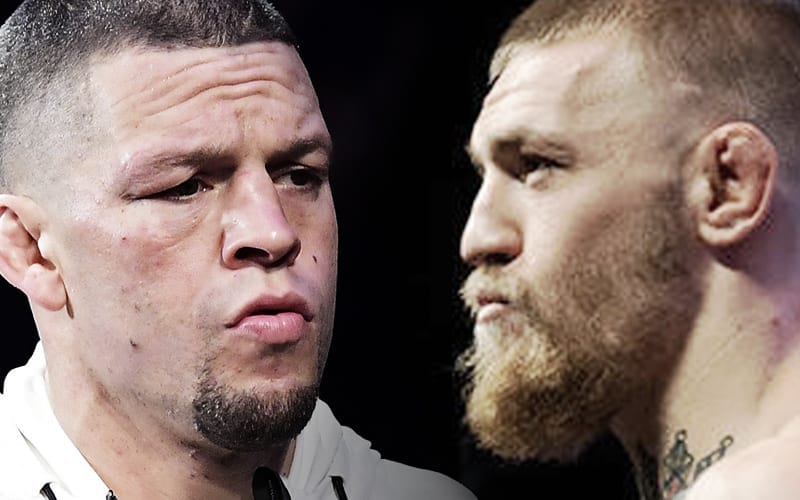 Conor McGregor and Nate Diaz have feuded before and it seems that their beef has been reheated.

McGregor and Diaz have a famous two-fight series between them, split with one win each. Everyone would love to know who would win that third fight.

This new chapter in their beef started when Notorious seemingly slung shade at Diaz’s BMF title.

Isn’t that crazy! Who’s the real bad motherf*cker anyway ? Went up two weight divisions on a weeks notice to fight him for that fight. No hesitation. Straight onto my jet. In thru the side door. Surprise, surprise

You can’t just go around calling regular boats, yachts. The rhetoric spread around in this business is disgraceful at times. “Nate was partying on a yacht in Cabo” I demand to see this “yacht” He was fighting for 20k at that exact time. 20k show. 20k win was his exact purse.

Nat Diaz was paying attention to Twitter and he had something to say about Conor McGregor’s little digs.

We’ll have to see if McGregor vs Diaz III gets booked sooner or later. That third fight might be a very interesting confrontation. The two seasoned fighters have respect for each other, but there is obviously a ton of professional competition to hash out in the Octagon.