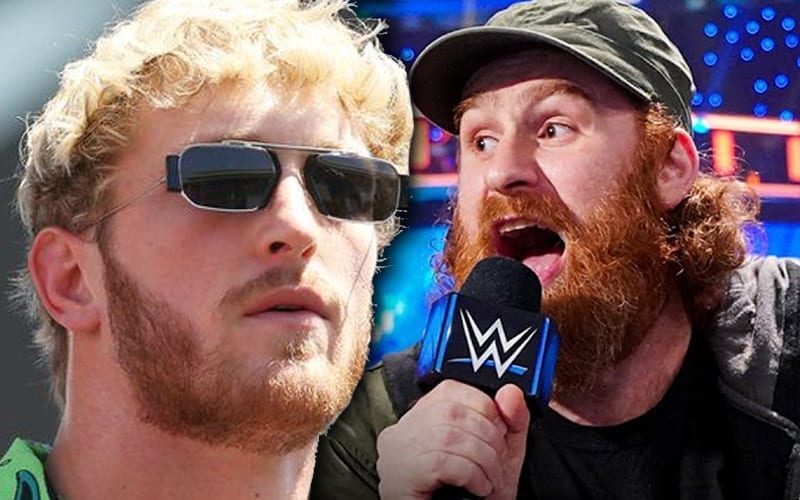 WWE Superstar Sami Zayn is always looking to network and he’s on his way to breaking open a huge conspiracy. He also needs Logan Paul’s help.

Logan Paul agreed that WWE did Sami Zayn dirty. This was followed by Sami Zayn responded to say: “Hey man, I noticed you started following me on here. Check your DMs, I sent a bunch of raw footage that my documentary crew has collected over the past few months. What you saw was the tip of the iceberg. No one understands how bad WWE has it out for me. Judge for yourself. Thx”

Logan Paul seemed down to help Sami Zayn figure out what this was all about. He checked out the evidence that was presented to him, and he’s interested.

yeah i checked it out. you might be on to something

Sami Zayn then called WWE dared them to retweet this conversation. “Retweet this right now you corporate scumbags”

We’ll have to see what comes next in this ongoing saga between Sami Zayn and Logan Paul. It might even result in a WWE appearance if they can make things work out.