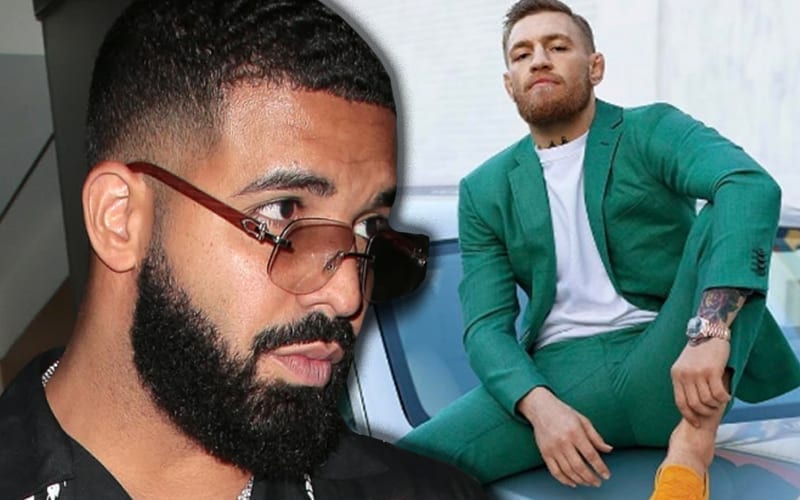 Conor McGregor is pretty good at running his mouth, but can he spit lyrics?

Drake caused some attention on Friday when he released a three-song EP. The new release caused Drizzy to jump on Instagram with some posts for fans. McGregor found his way onto Drake’s Instagram in the process.

“There’s sharks everywhere drizzy but there was crocodiles too and look what happened them. Slippers and bags! My brother love you thank you for the 3 song release. Quality as always! Respect and God Bless to you and the team!” McGregor wrote as a reply to one post

That comment seemed to impress Drake a little bit. He replied with his own clever retort as he said: “@thenotoriousmma you got all the bars drop a album,”

We can already picture what the Conor McGregor rap album would be like. He certainly has enough content for a few verses about slinging dollies at buses and any number of bar fights. We’ll keep an eye out for a Notorious drop, but it’s not likely.