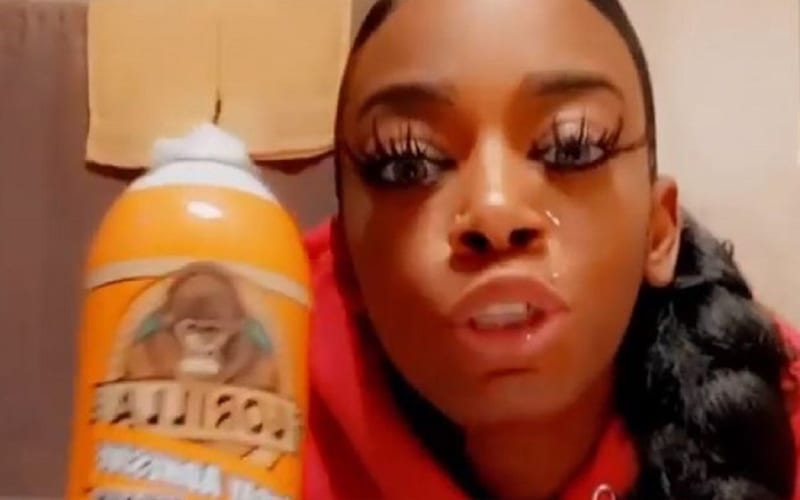 ‘Gorilla Glue Girl’ Tessica Brown recently had a massive scare after lumps were found in her breasts, leading many to believe she might have cancer.

However, it seems that was not the case. Tessica’s manager, Gina Rodriguez told TMZ that the test results for the two lumps were found to be negative.

Rodriguez then said that according to the doctors, the benign cysts are the result of fibrocystic breast disease which has its own complications.

It was said that the disease makes it more difficult for doctors to identify potentially cancerous lumps. Due to this, Brown will need to undergo a mammogram every six months.

Dr. Michael Obeng discovered the lumps in Brown’s breasts during the pre-surgery consultation for her implants. The cysts were taken out during her other procedures and sent them for future examination.

Thankfuly, Brown’s life is not in danger in any way and perhaps her optimism might have played a part.