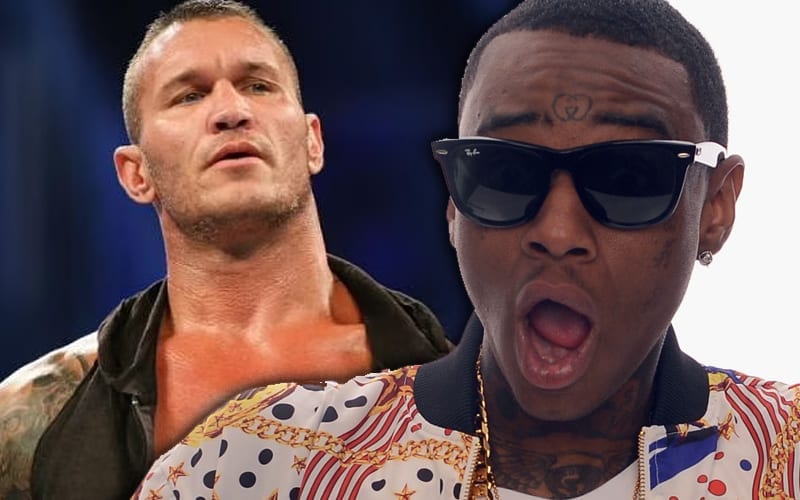 Soulja Boy raised a lot of attention when he said that the rap game is “faker than WWE.” That brought pro wrestlers out of the woodwork to defend sports entertainment.

WWE Hall of Famer Gerald Brisco offered to put Soulja Boy in the hospital for that comment. Current WWE Superstar T-Bar told Soulja Boy to “stick to super soaking hoes.” This wasn’t the only response he received as 14x WWE Champion Randy Orton also got in on the action.

Orton fired off a reply at Soulja Boy, in response to T-Bar’s initial reaction, to what the rapper said.

Fake? Dare this prick to step up. He dont like movies? Consider us actors that do stunts, without pads 200 days a year and don’t bitch when we get surgically repaired and come right back. Consider us 100 times tougher then anyone you’ve come across. Aint nuthin but a bitch ass…

Ps Bad Bunny would beat the f*ck outta you. Why? How? Because he’s seen our world. Respects it and knows what it takes and finds himself lucky to be a part of it. You wanna talk fake? Pawn that cheap ass chain and come work for it you one hit wonder ass mutha f*cka

Soulja Boy saw Orton’s tweet pop up in his verified mentions. Then the “Crank That” rapper responded with: “Do u know who the f*ck I am. I’ll bring the REAL to wrestling don’t play with me. Randy Ortonnnnnnnn??????????”

Orton, who is also known as The Viper, slithered his way back to Twitter and dropped his own response.

‘Crank that’ came out in ‘07 you had a hell of a year. Serious $. Hats off to ya my dude. Here’s the thing tho… I like rap. I bump that shit all day whether it’s tunechi, meek, JZ…but you call what I do to survive, fake? Fuck that. Come to my world and say that. Dare ya

U spittin facts? Seems like all you spittin is the same mess you rap about. Nut. Clear your throat my dawg, and be there. Enough talk. Back it up.

Soulja Boy reacted to Orton’s shot, but he didn’t seem too torn up about it. If anything, he generated one heck of response from that very short tweet.

“Cap wrestler. If u really want big draco to pull up say less.”

We’ll have to see where this all turns out. The situation doesn’t seem like a pro wrestling storyline at all. This is a very real social media controversy after Soulja Boy stepped up and enraged the pro wrestling community. It’s bound to happen every now and then.