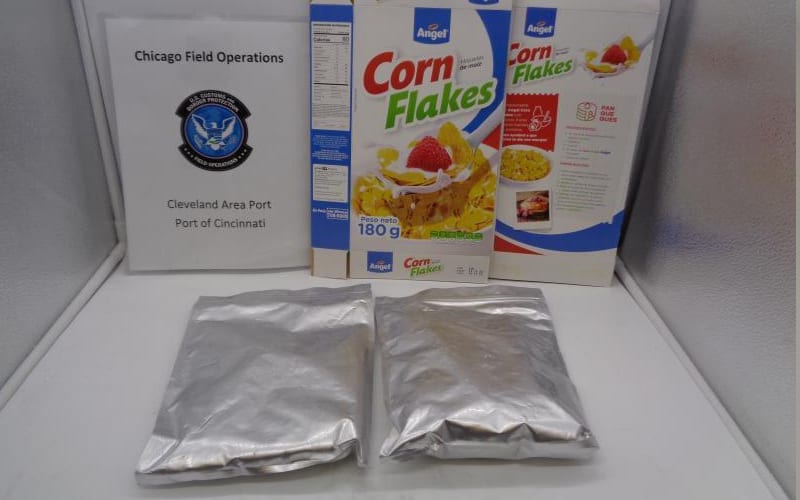 A U.S. press release came out on Friday, issued by the US Border Patrol, containing a report of a massive seizure of drugs which took place on February 13th. The report told of the interception of a shipment coming from South America by Cincinnati patrolmen.

The shipment was supposed to have only 44 pounds of Cornflakes in it, but further examination of the contents revealed a large amount of cocaine mixed within the Cornflakes packages.

The report approximates that the amount of cocaine found from the seizure costs about $3 million, according to its value on street.

The cocaine-covered cornflakes were supposed to go all the way to Hong Kong, and yet it couldn’t because of a narcotics dog with the name of Bico alerted the patrolmen after suspecting something. Upon inspection, the cornflakes were coated with a grey substance, which as it turns out was cocaine.

The men and women at the Port of Cincinnati are committed to stopping the flow of dangerous drugs. They continue to use their training, intuition, and strategic skills to prevent these kinds of illegitimate shipments from reaching the public.

It seems like Bico saved the day for the Cincinnati Police. Having kept drugs off the street, Bico has genuinely made society better.