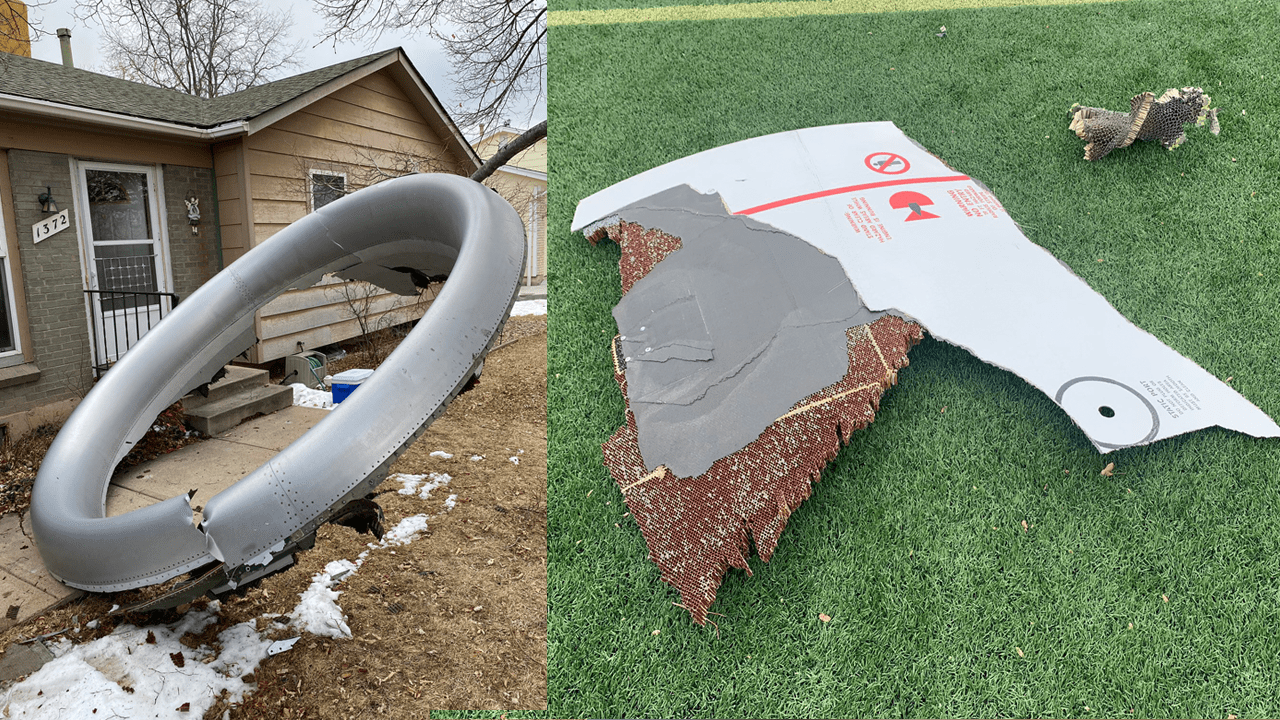 Passengers on flight 328 who were departing from Denver, Colorado had a turbulent ride on Saturday after issues with the engine caused the Boeing 777 plane to make its return from the airport.

According to one of the passengers on the flight, the engine exploded in mid-air and caught fire, with the debris from the plane landing in some Colorado resident’s yards and houses.

Huge pieces of airplane parts were found scattered over some yards of residents, which naturally shocked and confused them.

According to a report by Fox 31 News, it was said that most of the debris was found in Bennett, a town that is somewhat close to the Denver International Airport.

Thankfully, no person was injured due to the debris and tragedy did not strike, which certainly could have resulted in the passengers losing their lives.