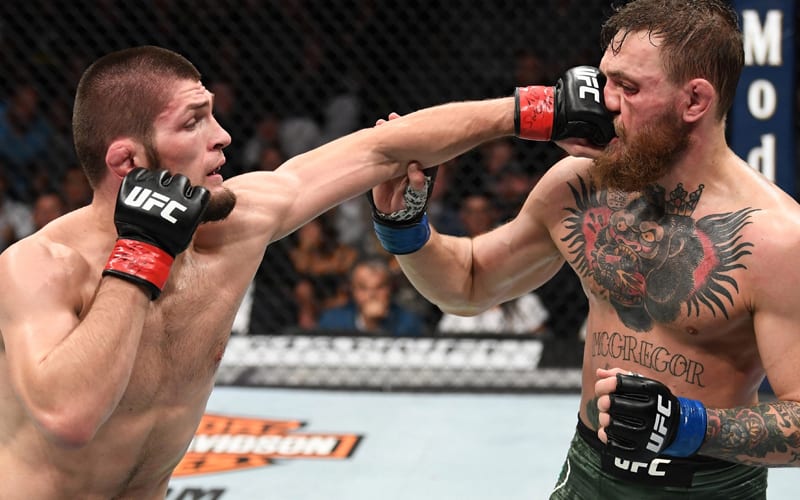 Conor McGregor came off a loss to Dustin Poirier, and Khabib Nurmagomedov thinks that Notorious’ time on top is over, because you can’t have two primes.

Any thought of McGregor getting a rematch with Khabib isn’t looking likely after his UFC 257 loss. Conor was left laying on the mat giving meme makers all over a blank canvas to do their thing.

Khabib already defeated McGregor via neck crank submission when they fought in October, 2018. He insisted that Notorious will never reach the same money-making heights as his mega money fight against Floyd Mayweather in 2017.

Notorious isn’t an exception to the rule that applies to everyone as father time marches on as he told the Daily Mail.

“I’m not [just] talking about him [McGregor.] What I mean is, a man can’t have two primes.”

“A team could do it. For example: Real Madrid did this a few times in a row. Teams may have this. But, we’re talking about us. And one man, on his own, cannot have this (peak form twice).'”

We’ll have to see what’s next for Conor McGregor. He has a line of booze, and he can always do Cameo videos for a ridiculous amount of cash if he wants to. WWE might offer him a quick payday as well. If you ask one of McGregor’s greatest rivals, he will never return to the same plateau.

Click here for a full rundown of how much money Conor McGregor has made in his career.