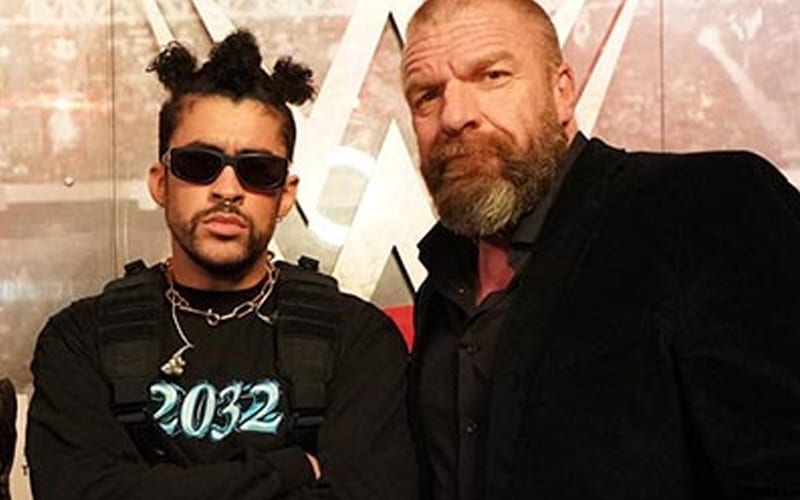 Rapper Bad Bunny is undoubtedly one of the most popular rappers in the world right now. He also has been featured on WWE television regularly for the past few months and this does not sit well with many fans, who feel he is taking the spot of other WWE Superstars.

“I think some people look at Bad Bunny and go, ‘What is he doing in WWE? I wish they wouldn’t do that or whatever.’ He’s one of the guys that from a celebrity standpoint, he’s been a huge fan, and I’ve met him a few times and I knew he was at that level of fandom. But when I say dedicated himself to the idea that he was going to do something with WWE, like picked himself up, rented a house in Orlando and moved to Orlando, and has been at the PC every day. I see people online going, ‘First time he takes a bump in the ring he’ll be done with.’ That was a long time ago. He is tearing it up in the ring every day. When people say, ‘He’s taken up a spot,’ he’s earned my respect and the spot that he has.”

Bad Bunny will be teaming up with Damian Priest and will face off against The Miz and John Morrison. The match will take place on night 1 of WrestleMania 37. We will have to see how Bad Bunny performs in the match.