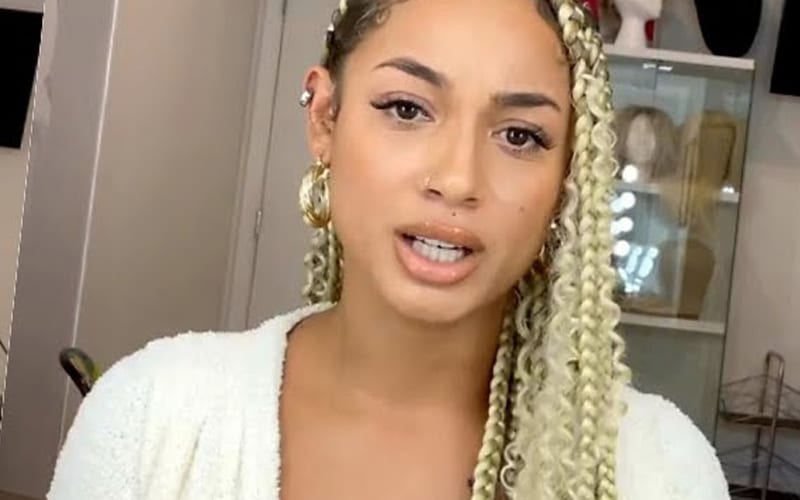 Singer DaniLeigh has been involved in quite a lot of controversies as of late, which certainly took its toll on her. From the negative backlash she received with her relationship with rapper DaBaby, to the “Yellow Bone” controversy – things simply haven’t been good for DaniLeigh.

It didn’t take long until anything the singer did was seen with a lot of scrutiny. Due to all this, she decided to take a break from social media. While taking part in a Q&A session on her Instagram Story, she was asked about the singer’s absence.

DaniLeigh revealed that she was absent from social media due to its rampant negativity.

”Social media became hella negative. “I used to be the happy curly haired girl that was always dancing and smiling .. and when u grow, u grow haters .. I ain’t really used to that and can sometimes be a softy .. so time away to gain me inner peace and self love is needed [praying hands emoji].”

DaniLeigh then revealed that she will be returning soon enough and will also be releasing more music and content for her fans.

“I’ll be back with dope content and music when I feel is the right time.”

We hope DaniLeigh becomes active on social media sooner rather than later and release more music, as her fans are certainly awaiting her return.