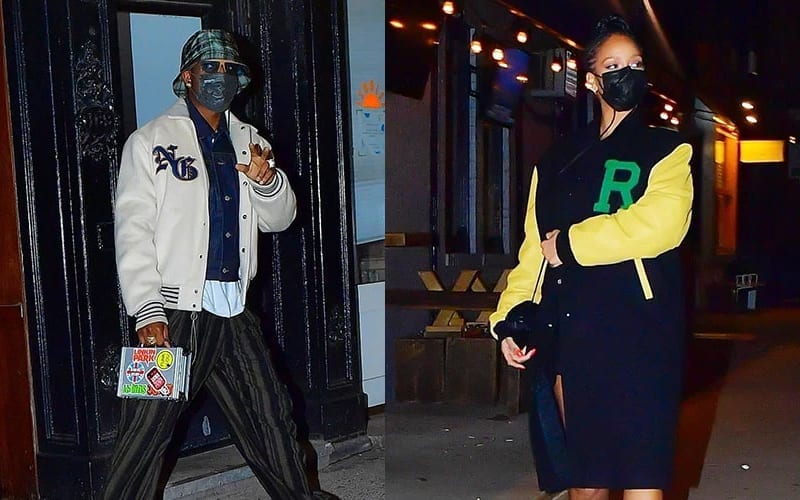 Rihanna remains one of the most popular singers in the music industry right now. While her singing career is certainly great, she doesn’t exactly have the best track record when it comes to relationships.

Rihanna was recently spotted sneaking out for a late-night dinner with rumored boyfriend ASAP Rocky. According to Hollywood Life, the couple were seen eating at New York restaurant Carbone on April 4.

They left separately so that they could avoid drawing attention to themselves by getting photographed together. Both of them seemed quite happy after they had their dinner.

Rihanna was wearing a black letterman jacket with a green “R” on the fabric and long, bright yellow sleeves overtop a black dress. Rocky dressed in casual clothing as he waved to the photographer before making his exit.

This also marks the first time in several weeks that the two were seen together and rumors started since last year that the longtime friends turned into lovers.

If rumors are to be believed, Rihanna certainly seems to be in a healthy relationship this time around. We certainly hope both of them stay happy in their relationship as they deserve nothing but the best.