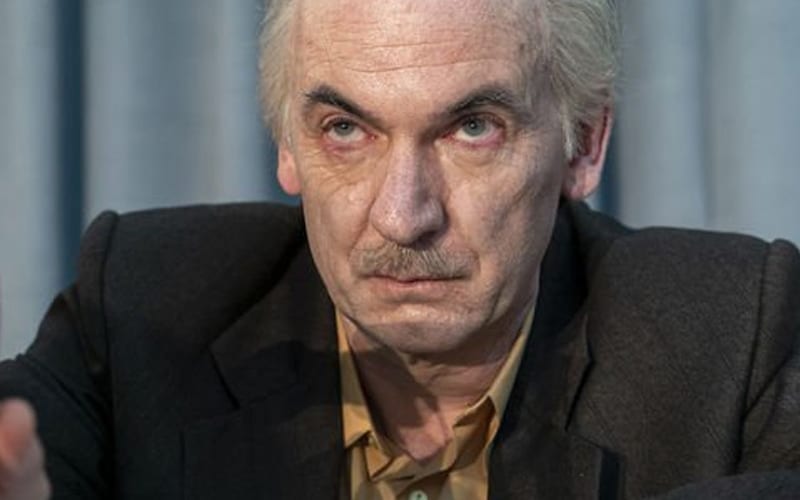 Paul Ritter, the actor who worked in blockbusters such as Quantum Of Solace & Harry Potter: The Half Blood Prince Pt. 1 passed away at the young age of 54. The actor’s agent told The Guardian that the actor died peacefully in his sleep. He had been suffering from brain tumor. His agent said, as per the report by TMZ:

He was fiercely intelligent, kind and very funny. We will miss him greatly. Paul was an exceptionally talented actor playing an enormous variety of roles on stage and screen with extraordinary skill.

The actor was known to be proficient in playing both serious and comedic roles. He played the deputy chief engineer behind the Chernobyl nuclear meltdown, Anatoly Dyatlov, Eldred Worple from Harry Potter: The Half Blood Prince Pt. 1 & Martin Goodman from Friday Night Dinner.

Many actors and personalities took to social media to mourn and give a tribute to the legacy Paul Ritter left behind. Since Paul played one of the leads in the sitcom Friday Night Dinner, creator Robert Popper said that he is the “greatest actor I ever worked with” on Twitter.

The actor is survived by his wife Polly and his two sons Frank and Noah. He will also be featured in the upcoming World-War II movie “Operation Mincemeat.” The actor left behind a legacy deserving of high praise and full of brilliant performances. Rest in peace.