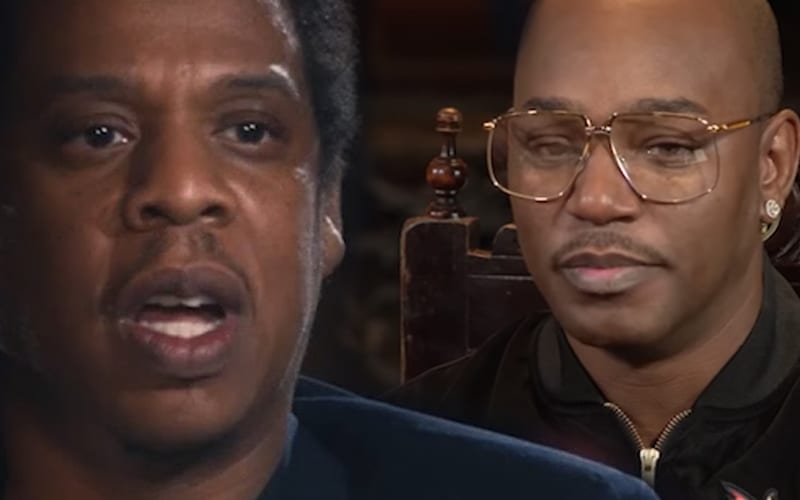 Cam’ron is one of the rap’s finest, as he has a legendary career, as well as a grand reputation. Along with his highly acclaimed career with The Diplomats as well as a solo sting that led him to earn many RIAA certifications, he has been a force of constant success.

As he ended up having some difference with Jay-Z, he ended up separating his Diplomat Record off the Roc-A-Fella label and got a new deal elsewhere. After the Harlem-born rapper had a sit-down with N.O.R.E & DJ EFN as a guest on the new episode of Revolt’s “Drink Champs”, he revealed a certain incident which led him to scrap down an Izzy verse.

The rapper revealed that the reason he scrapped down Jay’s verse on the hit-single “Oh Boy” was because Jay-Z had done the same to him when he was in the process of recording a feature on Peedi Crakk’s single “One for Peedi Crakk.”

They’re in the studio. He said he got this hot song ‘cause he wasn’t signed to State Property, I was fucking with him. He’d come to New York or whatever and I was gonna sign him. But, Dame was like, ‘That’s gonna f*ck y’all up, he from Philly,’ and all that. It’s seeming like he’s [with State Property], but he’s not.So, he’s like, I’m not signed to them n*ggas, Cam, so we did the song. So, Peedi’s playing the song for Jay-Z and whoever else is in the studio. He says he’s in the studio playing it and my verse comes on and JAY says, ‘Stop it. Erase that sh*t’ and just erased my whole verse.

While it seems that the two had a strained relationship which has gone beyond any sense of repair, the two actually had a coming together as of late. Cam’ron also talked about how he played a role in the falling out with Jay-Z, his admiration for Nas despite his disses as well as Hov’s slap threat to DJ Kay Slay.