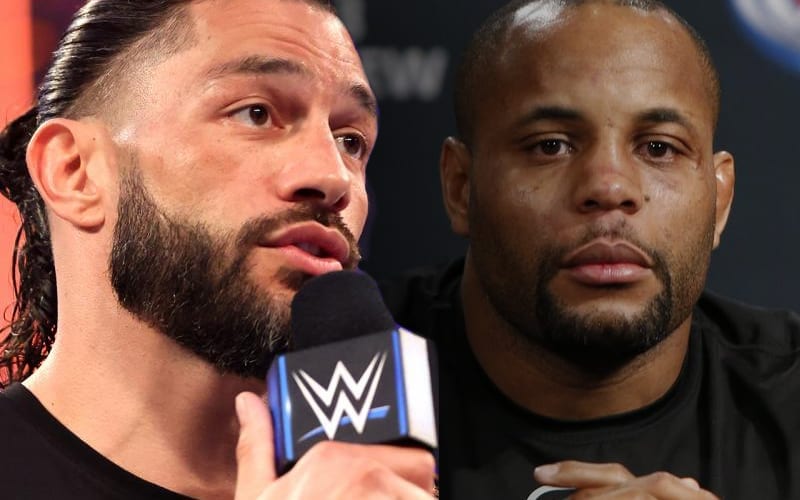 WWE Universal Champion Roman Reigns is undoubtedly one of the top Superstars in the company. The Tribal Chief fears no one and that includes a former UFC Heavyweight Champion.

While speaking to ESPN’s Ariel Helwani, Roman Reigns stated that in one on one competition, he can smash anyone. He proceeded to name Daniel Bryan and Edge before mentioning Daniel Cormier.

Roman Reigns stated that he would smash Cormier and the only way Cormier would even have a chance would be if Cormier attacked Reigns from behind his desk.

“I like one-on-ones, to be honest. I’d smash anybody whether it’s Daniel Bryan one-on-one, Edge one-on-one, DC, I’ll smash him one-on-one. Get him from behind the table, get him back in the gym, maybe he could have a chance. I don’t know, it would be a short story.”

Cormier retired from active MMA competition last year, but there have been talks of him signing with WWE in the past. We will have to see if Cormier will respond to what Roman Reigns said.