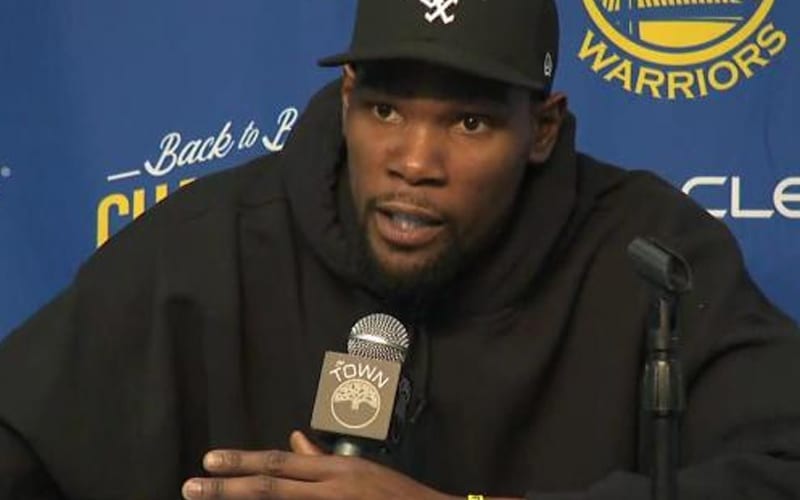 Brooklyn Nets star Kevin Durant somehow always gets involved in heated feuds on social media, be it on Instagram or Twitter. Recently, actor Michael Rapaport publicly released a series of private messages that Durant sent him. The messages were quite problematic as they were misogynistic, homophobic and threatening.

It seems the beef between the two started in December last year and featured Durant insulting him publicly and then taunted him over a lawsuit. As heated as it seemed, Durant doesn’t see it that way.

A Twitter user wrote that Rapaport was scared of Durant, which led to him releasing the private messages. Durant replied to the fan, stating that he and the actor talk crazier than what the messages showed, on a regular basis.

“Me and mike talk CRAZIER than this on the regular and today he’s pissed….My bad mike, damn!!”

In another comment, Durant was surprised at what the actor did. Here is what he said:

“Wow u acting brand new now?? We been talking like this for years and u get serious today. Wowww. Smhhh.”

The actor uploaded an Instagram post where he mentioned how Kevin Durant and he used to be friends before the NBA player let his insecurities ruin it all.

“A long time ago we used to be friends @easymoneysniper but you let your insecurities ruin it all @deancollins.”

We will have to see whether Kevin Durant’s comments will have serious repercussions soon enough. It seems he might have taken it too far this time around.