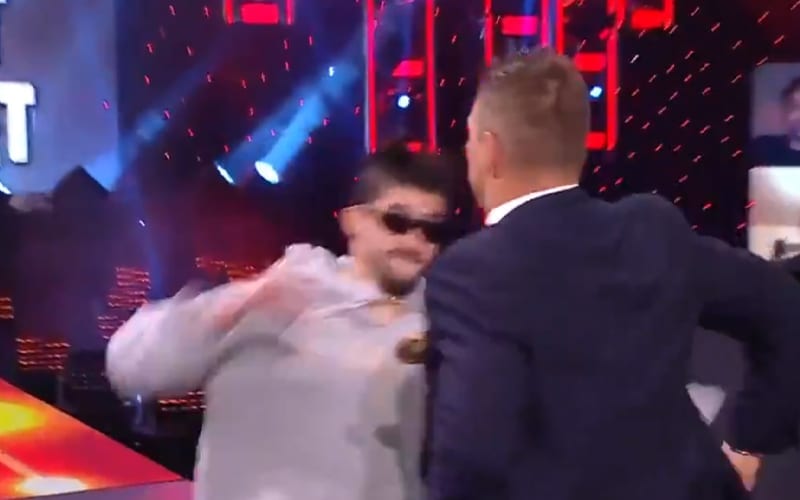 Bad Bunny and The Miz are set to battle at WrestleMania. They hyped their feud this week on WWE Raw, and things got very real.

Bad Bunny came down with Damian Priest, who acted as his interpreter. The Miz left the ring after Bad Bunny said that he will make him his bitch at Mania. Then The Miz got CLOCKED in the face for his troubles.

It was quite a sickening sound and you can hear Bad Bunny’s fist make contact with The Miz’s jaw.

The Miz was legit punched square in the face by Bad Bunny. There was no worked or pulled punch. That was real. Twitter exploded with tweets about how Bad Bunny punches better than most wrestlers. That’s because he legit made contact, something that’s not supposed to happen.

The Miz is a pro and he carried on with the scene as planned. There could be a receipt coming for Bad Bunny at WrestleMania.