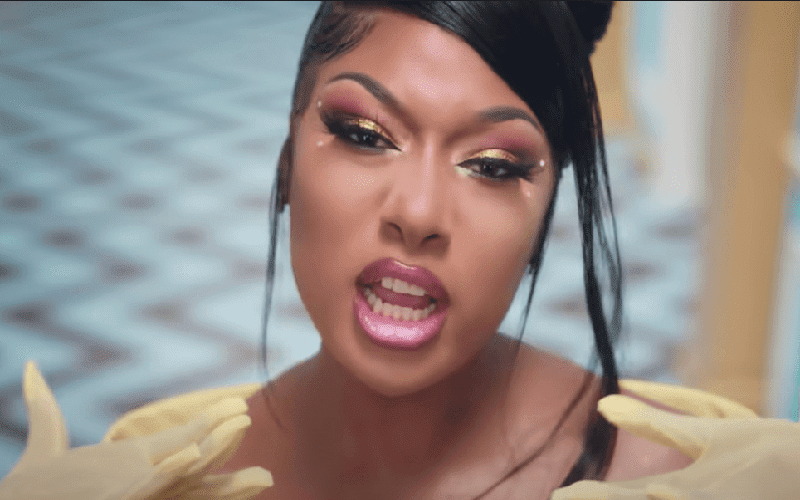 After the gruesome hate crime took place in Atlanta’s spas where a shooter had gunned down many people of Asian-American ethnicities, Megan Thee Stallion decided that enough is enough.

While the shootings left eight people dead, out which 6 were women of Asian origins, the Asian-American community took a stand against the crime through extensive protests.

Megan Thee Stallion took a stand against the hate crime as well, and she extended her support alongside Fashion Nova by collaborating with journalist and activist May Lee and donating $50,000 to Atlanta’s Asian Americans Advancing Justice.

I am heartbroken by the loss of eight individuals taken from their families on March 16 in a senseless, violent attack against Asian Americans. To honor the memory of these victims, @FashionNova and I have partnered with the journalist and Asian activist @mayleeshow on a $50,000 donation to @advancing_justice_atl who work tirelessly to protect the civil and human rights of Asian Americans in Georgia and the Southeast. We stand in solidarity with all Asian Americans in saying that enough is enough. #StopAsianHate#StandWithAANHPICommunity

Robert Aaron came forward an took responsibility for committing the mass shootings, and while most speculation suggests that the crime was due to hatred against Asians, the sheriff from the Cherokee Police Department states that the cause behind the mass shootings was the shooter’s sex addiction.

After the shootings, many activists and celebrities have come forward to extend support to the Asian American and Pacific Islander community as well as Asian-American communities throughout the U.S.