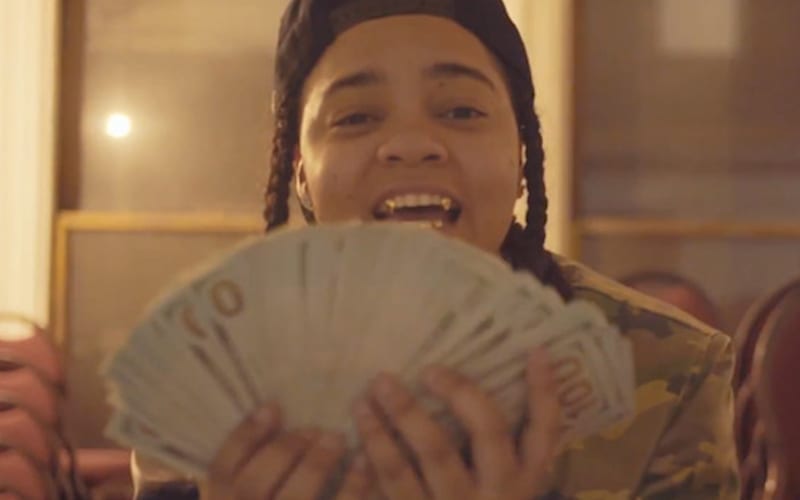 Young M.A. is one of those rappers who are always making headlines. Recently the rapper took the edge off her fans after she dropped some new bars on a beats on “Whoopty” by CJ, giving fans some much needed-hope for some new music. She even told them that a new project is underway, which is just what her fanbase wanted to hear.

She has also been pretty active criticizing Log Angeles for its overall lack of chicken tenders or cheese-based products, and their vegan counterparts being predominant was something that she doesn’t appreciate very much when all one’s craving are some chicken tenders.

Now the rapper has come back to show off her large arsenal of paint-only weaponry. While everyone knows that Young M.A. is a rapper who enjoys engaging in paint-gun only violence and always try packing some quality hurt within the guns.

Young M.A. revealed on Instagram through the shorts that she spent a whopping $3,000 on the paint-guns, which is some serious spending. An arsenal of highly-decked arms that shoot only quality paint-balls, perhaps that is the price to pay for the best of the best.