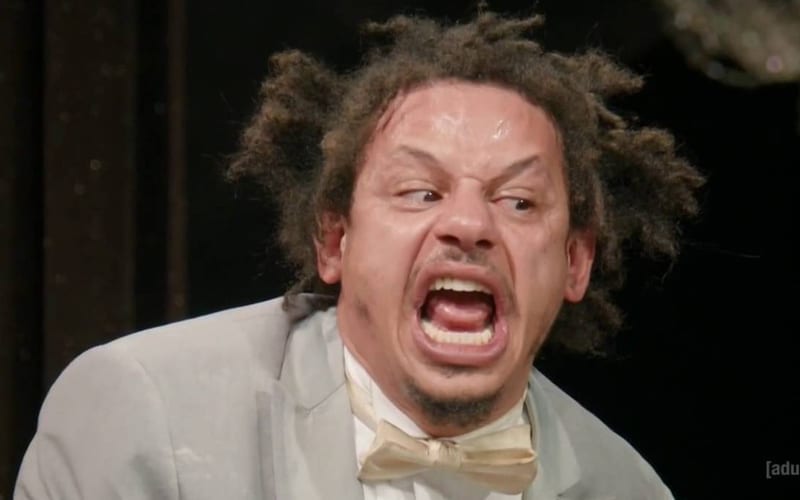 Bad Trip star Eric André has made a name for himself in the hidden-camera comedy genre, similar to Sacha Baron Cohen’s Borat. He is well-known for his show The Eric André Show, which debuted back in 2012.

Bad Trip will be the movie adaptation of the same brand of comedy that André is known for. It seems André was in trouble during the filming of the movie.

While speaking to Screen Rant, André and his co-star Howery had a horrific incident where a business owner threatened them with a knife.

It was the first day, and we went to the wrong barber shop. Our security wasn’t there, the cameras weren’t even in there. And I don’t know what this brother may have been talking about when we got there. I feel like he was like, “Let somebody walk in here…” Because he was so enraged.

And we were very nice. We were saying, “Excuse me, can I get some help?” Well, he just lost it. It looked like he was looking for a gun and couldn’t find it; found a knife, chased us out the barbershop, we fall off the tracks. I’m under a car, my knee and elbow are scraped; the security guy jumped in front of him.

But the crazy part is this dude was enraged, and then they’re like, “It was a movie,” and he was like, “Oh, that is crazy. Where do I sign?” You’re about to go to jail, bro.

Bad Trip released last year and it was fairly successful as fans certainly enjoyed André’s brand of comedy. It is a relief nothing bad happened to him during the shooting of the film.

Thanks to LA Times for the quotes.