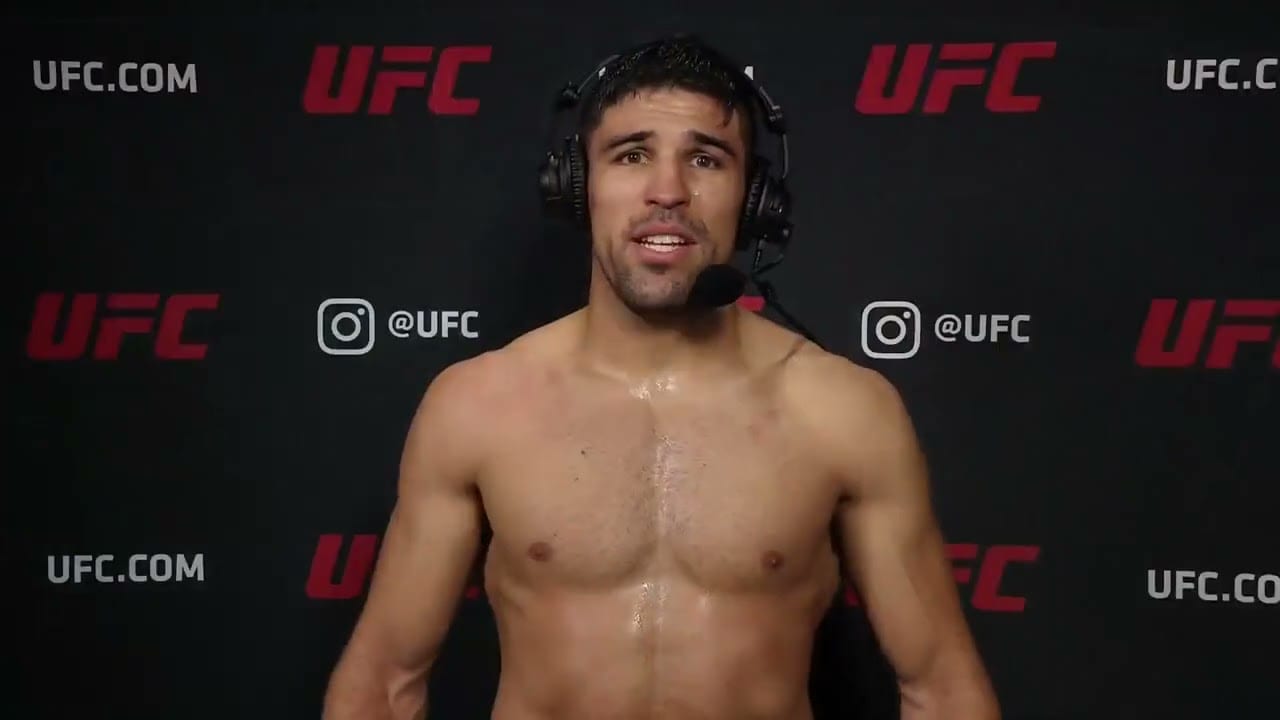 As seen in the co-main event of UFC 260, No. 10 ranked 170-pounder Vicente Luque squared off against former UFC welterweight champion Tyron Woodley.

Luque made short work of Woodley after landing a series of hits on Woodley’s leg and then applying a D’arce choke submission at 3:56 into the first round, helping Luque win the fight. Luque now has an impressive 9-1 record in his last 10 UFC bouts.

While speaking on a post-fight interview with UFC color commentator Joe Rogan, Luque decided to call out one of the most popular stars in MMA – Nate Diaz. Luque stated his desire to face off against Diaz in a future fight.

“I want to take this time to call out Nate Diaz. I’ve called him out in the past and he didn’t respond. I think right now I got a big win, I got a great streak coming on and man, my style, it matches perfect. I’m going to go forward, I’m going to punch everybody in the face to try and get that knockout, every single minute and I think Nate is a perfect fight. Let’s go!”

Nate Diaz has yet to respond to Luque calling him out and it is unlikely he will as he has better things to look forward to. However, anything is possible in the world of MMA so we will have to see if the two will ever cross paths in the future.