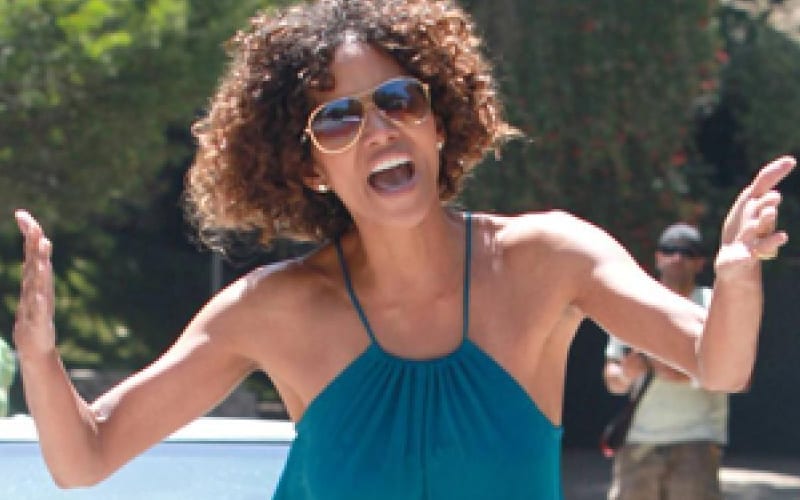 Halle Berry is a proud supporter of the Black Lives Matter movement, and after hearing what Rob Lederman, host for the 97 Rock’s The Morning Bull Show said on air, she wasn’t having any of it.

After Lederman compared her and several other black women’s skin color to how “brown” the settings on the toaster make the bread, widespread chaos ensued and led to Lederman’s eventual firing. Berry took to Twitter and said:

Disgusting. It’s ridiculous this type of nonsense is still being broadcasted across airwaves. ALL Black women are beautiful and worthy, Rob Lederman. GTFOH.

Berry responded to a tweet which contained a 45-second clip of Lederman going forward with the racist conversation. He talked about Serena Williams and Gayle King. ESPN Reporter Marcel Louis-Jacques shared the clip on Twitter. Lederman can be heard saying “I may get into trouble for saying this,” before saying it in the clip.

A spokesperson from Cumulus Media came forward and revealed to People’s magazine in a press release which announced the firing of Lederman and discussed the brand’s subsequent course of action.

CUMULUS MEDIA operates from a clearly-defined set of programming principles and there is no question that Rob Lederman’s comments made on The Morning Bull Show are in direct violation of those principles. We swiftly terminated him and suspended the remainder of the show’s on-air talent. We apologize, and deeply regret the incident.

Even Rob Lederman came forth with a public apology and told The Buffalo News that he deeply regrets his actions and it was not in his intention to hurt any of the people who might have stumbled upon and gotten offended by the clip.

I could easily see how someone could be offended by that. I get that. It sounds terrible, and it is terrible… Now, can I take back those words? No. If you listen to them, were they meant to be hurtful? Absolutely not