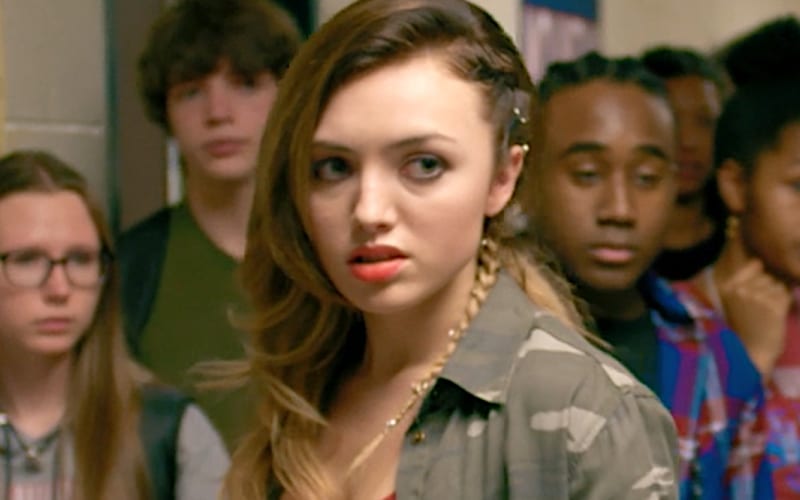 While the Season 3 of Cobra Kai has been going on, a lot has happened. Tory Nichols, played by Peyton List, is on the verge of seeing Sensei John Kreese, Martin Kove, as a father figure.

While she’s expelled from the class for a significant amount of time after she tries to start a fight, Tory takes up the task of taking care of her mother as well as her younger brother. Though she has two jobs, she cannot afford to pay her rent and that leads her predatory landlord to make some NSFW demands from her.

Kreese is impressed by her skills and dedication in the second episode of the season, even telling her that she can take the Cobra Kai classes for free as well as helping her with the predatory landlord situation.

While List has been training in martial arts for a while, even before she had been casted into the show, she is trying harder and harder to impress everyone. Kreese takes a liking to Tory in the same, but the same wasn’t true between Kove & List. Peyton revealed:

He said, ‘When I saw you in season two the first time, I was talking to Billy in the corner going, ‘Why did they hire this girl?’ Like, ‘Thanks, Marty,

List’s stunt double and co-ordinator Jahnel Curfman revealed to Heavy that List had been training relentlessly and because they have such a strong bond together, she is getting better and better.

I really am proud of her and how much work she’s put in. Especially, coming in and having no martial arts training. But she had worked really hard. In Season 3, we saw a huge improvement in her martial arts. She just physically was really strong. She was training a lot and just working out on her own, and having that base of strength is really important when you get in there and start doing your fights.