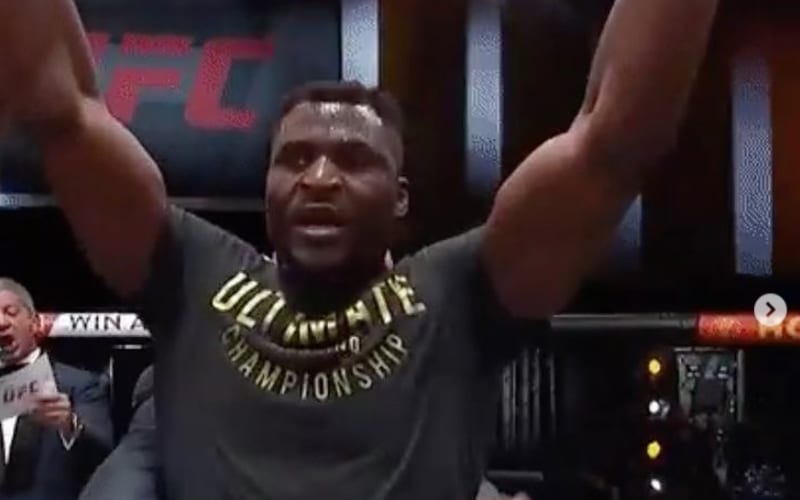 UFC 260 went down tonight and they crowned a new champion at the event. Stipe Miocic walked into the event as UFC Heavyweight Champion, but that changed by the end of the night.

Francis Ngannou toppled Miocic to become the first-ever African UFC Heavyweight Champion. He won via knockout in the second round

During the second round, Ngannou opened with some leg kicks before he nailed Miocic with a left hook. Then he scored a knockdown with a straight left hand. After Miocic stood up, Francis started unloading more fists, and one sent him down causing the referee to stop the fight.

Ngannou was on a six-fight winning streak, five of those wins coming by knockout. This was actually his second shot at the UFC Heavyweight Title after he failed to beat Miocic in January 2018. Now Francis Ngannou is vindicated and he has also made history.