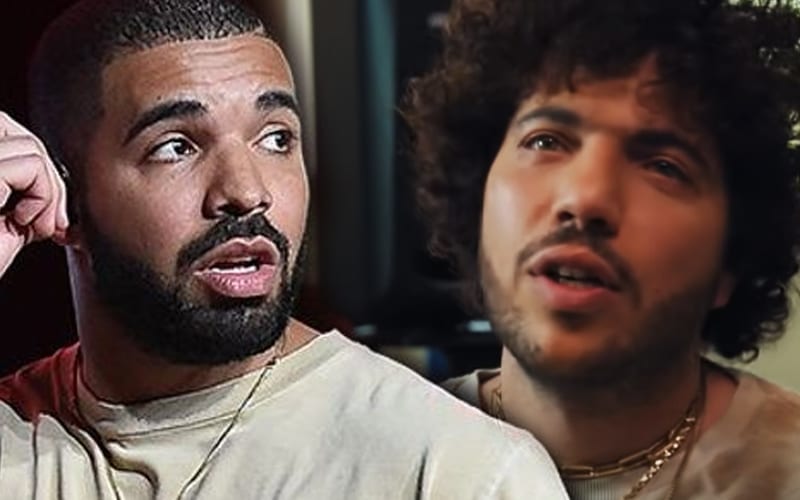 Benny Blanco is one of the best newer talents to emerge, and he’s been grinding alongside many famous artists. However, it seems like he isn’t really all that comfortable with huge celebrities.

While he had a sit down with Zane Lowe, he revealed that there were a few significant instances with the record-breaking rapper Drake, which were rather awkward and goofy, one of which is the meeting between Drake & Blanco in the Grammy’s bathroom stall.

Drake walks into the bathroom and he’s right next to me at the stall and I’m like, ‘What am I…’ … What am I going to say to him?

The conclusion to this instance was Drake leaving the stall without anything really happening. Coincidently, the two met at the Grammys again, a couple of years later to the bathroom incident. Benny’s mother sat next to Drake, while his father got a seat next to Rih Rih herself.

The next time they met was described by Blanco as something “straight out of a Seth Rogen movie.” Ed Sheeran & Blanco were touring in Canada, when they received an invitation to a party which was happening at “some place that Drake owns.” Revealing that there were 6 men and 67 women at the party, Blanco says:

We’re on the dance floor, doing the robot and then everyone’s hating on us at the beginning. And then eventually everyone’s like, ‘Okay!’ And we’re dancing with everyone. We start the party. And then Drake comes in, we have a small interaction.

You can check out footage from the interview below.