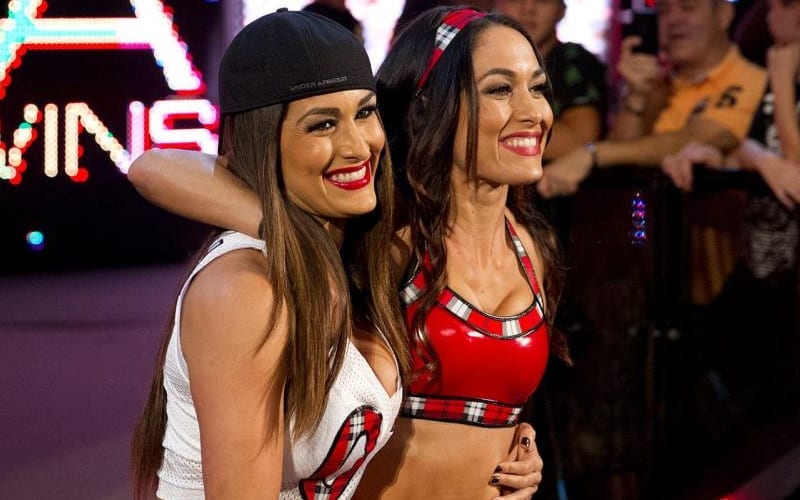 The Bella Twins haven’t wrestled in a long time and their personal lives have taken a huge priority for them. They still want to make a return to WWE, especially after the company introduced Women’s Tag Team Titles.

During Wrestling Observer Radio, Dave Meltzer discussed the Bella Twins a bit and he revealed the timeframe that they are shooting at for their in-ring return. It won’t happen immediately, but they are looking at the Fall.

Nikki and Artem are also possibly getting married around November. We’ll have to see if those plans conflict with a WWE return.

The Bella Twins want to wrestle again. It’s unclear how much damage Nikki Bella can take with her neck issues, but she is working hard to overcome those problems too.