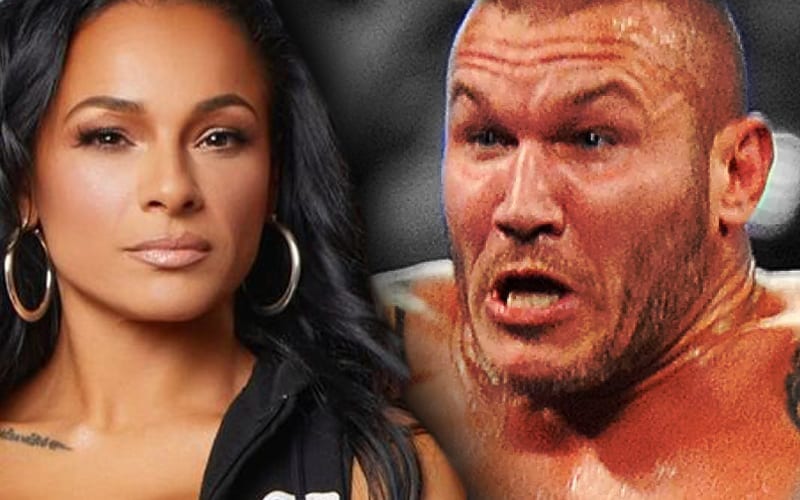 WWE is pre-determined, but Randy Orton’s wife takes it seriously. She also doesn’t appreciate it when another woman straddles him on live television.

Alexa Bliss straddled Orton to make a pin at Fastlane. This was not received well by Mrs. Orton, and she sent out a tweet on the matter. Ringside News reported that this was 100% for real. Kim Orton made it clear that she didn’t appreciate the Fastlane angle at all.

Thirsty For News was told that Randy Orton got an earful from his wife. It was also said that she was “rough on him” about the segment.

Orton’s demeanor indicated that he didn’t have the best conversation. “Guys were consoling him,” and “Randy is one of the guys who doesn’t mess around.” It seems that Orton’s wife Kim really didn’t appreciate the angle.

Orton and his wife have five children. He recently praised her during the Broken Skull Sessions for being such a hard worker and a super mom. She also started Slthr, a clothing brand with snake theme, that is “an easy, stylish brand that anyone can wear.”