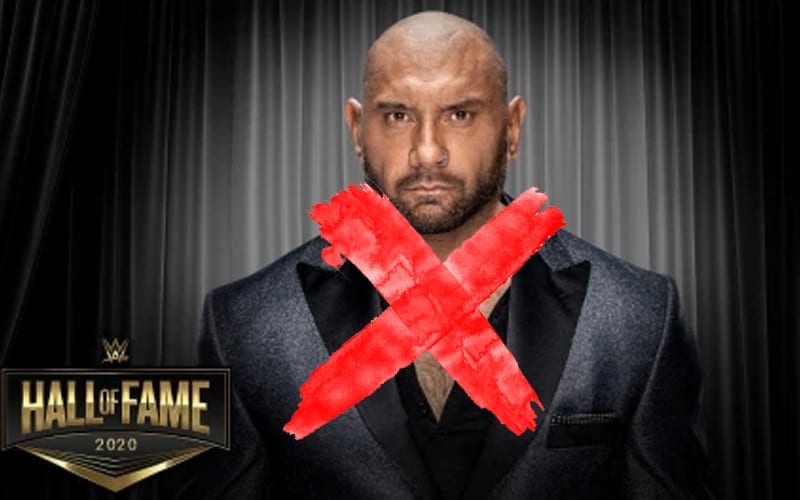 WWE pulled Dave Bautista from the Class of 2020 of the WWE Hall of Fame. This led a lot of fans to wonder what was going on. It seems to be a matter of Batista’s busy schedule.

While discussing this subject on Wrestling Observer Radio, Dave Meltzer revealed that he was told there was a scheduling issue with Batista. That is what is keeping him from being a part of the ceremony this year.

“So Dave Bautista is not going into the Hall of Fame after all. The reason floating around was that there was a date conflict with him. So it’s weird.”

It’s interesting if they made this call because of Batista’s schedule. He could always film a video and send it in. There could be more to this situation other than a date conflicting things, especially since it is a pretaped ceremony. Keep checking back with Thirsty as we continue monitoring this ongoing situation.

Transcription by Thirsty For News