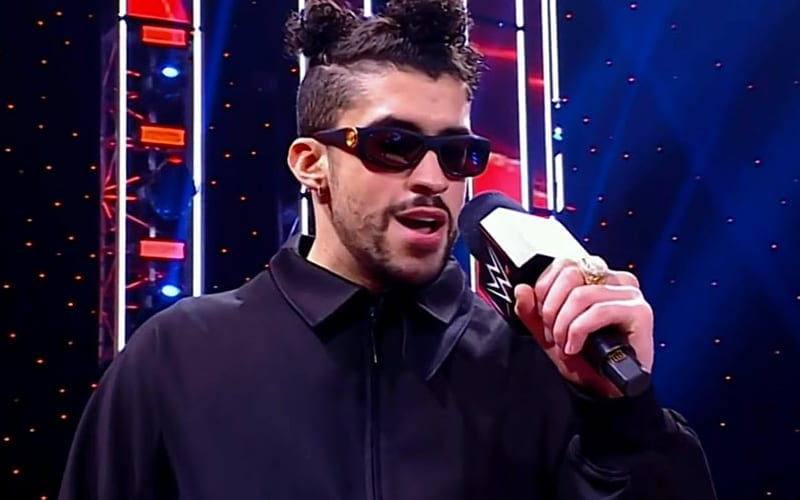 Bad Bunny has become a regular on WWE television. Now he is set for a match on the company’s biggest show of the year.

Click here for full coverage of WWE Raw from this week.

Bad Bunny jumped The Miz with a guitar this week to get even for the assault he took at the hands of the former MTV Star last week. This was after The Miz made a challenge to face Bad Bunny at WrestleMania.

The Grammy Award winning rapper then accepted The Miz’s challenge for a match at WrestleMania. At this time it appears that Bad Bunny vs The Miz is going to be a singles match.

Bad Bunny vs The Miz