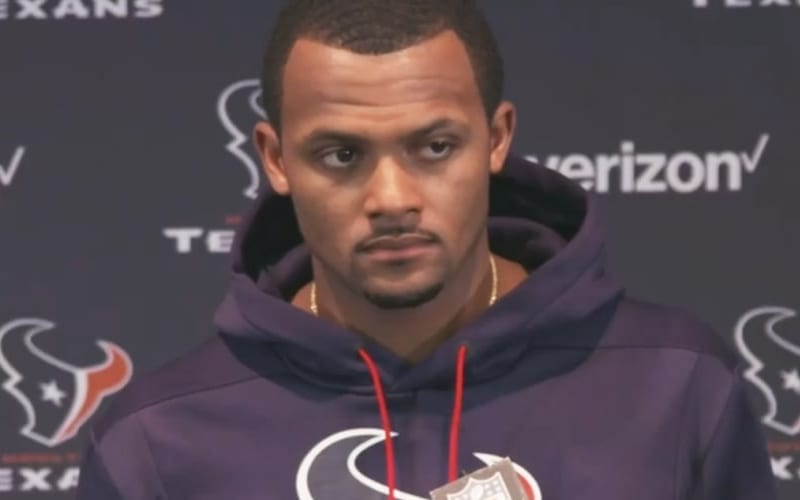 Houston Texans’ quarterback Deshaun Watson simply cannot stay out of trouble as of late after multiple women have come forward, accusing him of sexual assault.

Now three more women have filed a lawsuit against Watson, bringing the total to a staggering 10. According to TMZ Sports, one of the new lawsuits, a female masseuse, who identified as Jane Done to protect her identity, stated that she was first introduced to Watson in June 2020 after the woman was booked through her manager.

It was stated in the lawsuit that early on into the massage, things went awry as Watson became aggressive, and “groped her buttocks and vagina and then pushed her buttocks into his face.”

The woman was said to be “mortified” by his actions and covered Watson’s private area with a towel so she could finish wiping the oil off and leave. Doe then claimed she was paid only $100 out of the agreed-upon $300 as she “had not given him what he wanted.”

Attorney Tony Buzbee, who is representing the women in the lawsuit against Watson will be submitting evidence today. We will have to see what else will happen in this ongoing legal battle and whether Watson will own up to what he did.