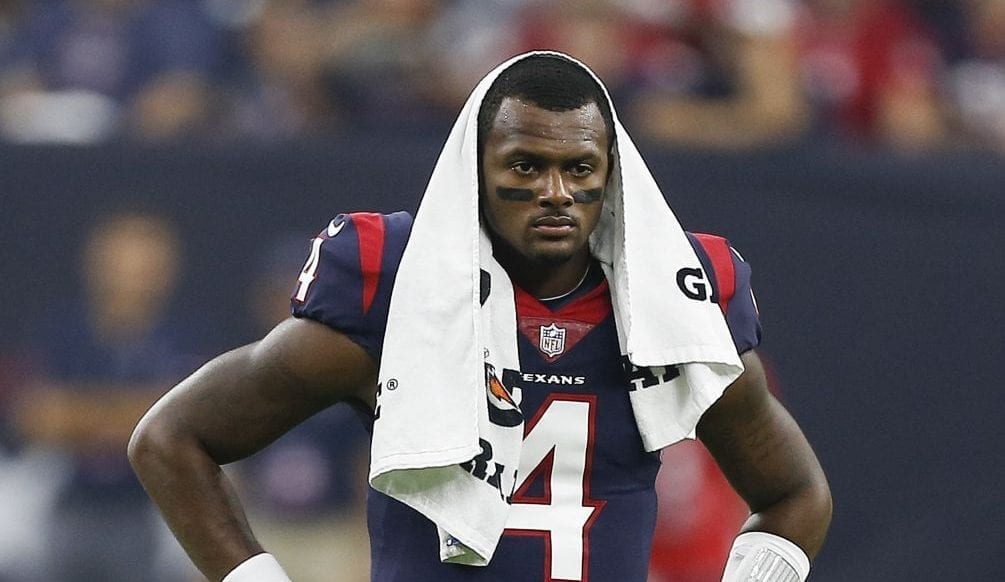 Houston Texans’ quarterback Deshaun Watson has landed himself in hot water recently as quite a few women have come forward and filed lawsuits against him, alleging sexual assault.

Attorney Tony Buzbee, who is representing the 12 women who have filed a class-action lawsuit against Watson for sexual assault, stated that his team will be submitting their evidence to the Houston Police Department and the Houston district attorney on Monday morning.

Buzbee also claimed that he has spoken with 10 more women who have been sexually assaulted by Watson.

Per advice from a well-known criminal defense attorney: Our team will be submitting affidavits and evidence from several women, who had experiences with Deshaun Watson, to the Houston Police Department and the Houston District Attorney, on Monday morning. We will request that a grand jury be empaneled to consider the evidence we provide.

The timing of the sexual assault lawsuit couldn’t have been worse for Watson as he planned on leaving the Texans so that Watson can pursue his NFL career elsewhere. Watson had denied all the allegations made against him, stating that he has “never treated any woman with anything other than the utmost respect.”

We will have to see how this ongoing story unfolds and will keep you updated on it.