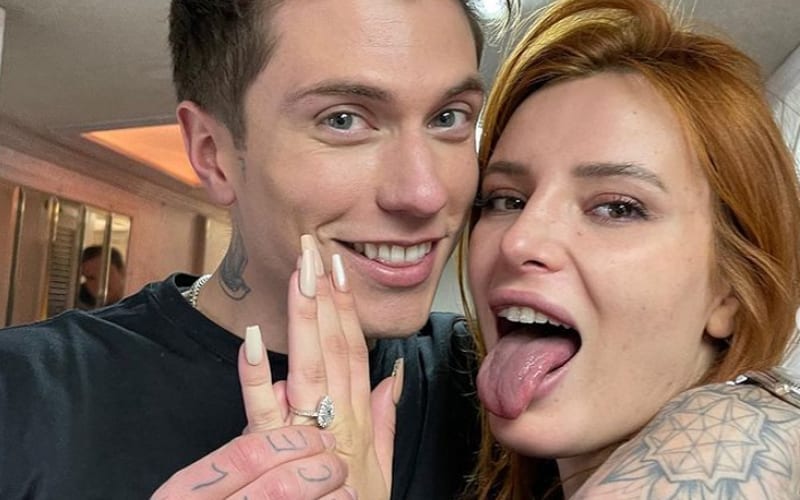 Bella Thorne is now set to be a married woman. Her boyfriend Benjamin Mascolo popped the question and she said “yes.”

The 23-year-old actress and boyfriend Mascolo announced their engagement on Saturday night after nearly two years of dating. “She said YES @bellathorne,” was the caption he used to let everyone know the happy news.

Mascolo is an Italian singer, so he could afford a pretty impressive rock for Bella Thorne. She happily held it toward the camera for the photo.

The couple made their relationship public in June 2019 after she split up with then-boyfriend Mod Sun. It wasn’t too long before Thorne and Mascolo were sporting matching necklaces. Now they are set to be married.

Congratulations to the happy couple.