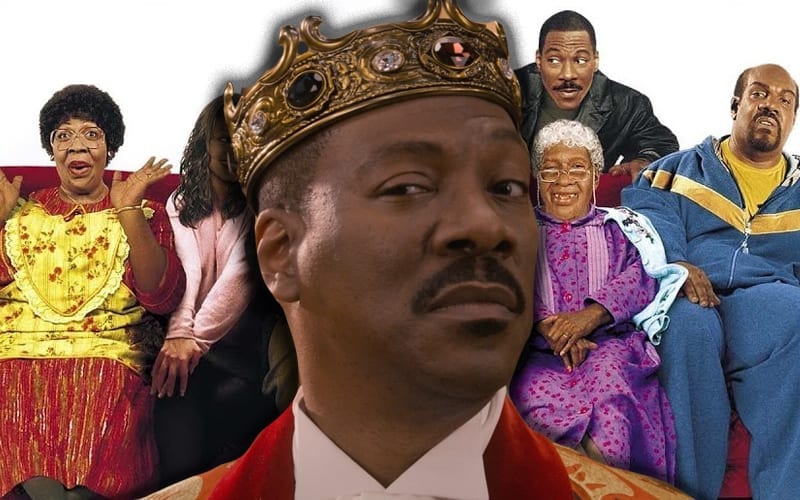 Coming to America 2 is out now on Amazon Prime. We’re not here to complain about anything from the plot to the PG-13 rating. There is one scene that could have created a massive crossover, but it just didn’t happen. Be advised that there are some SPOILERS ahead.

Jake’s Takes recently invited Eddie Murphy onto the show where he revealed that one nixed scene from Coming To America 2 would have included the Klumps from the Nutty Professor movies.

It would have been easy to include those Nutty Professor characters, because Eddie Murphy plays most of them as well. They ended up cutting the scene before it saw the light of day.

“There was a scene in Coming 2 America we just did. There was a scene where the Klumps, remember the circumcision scene? Originally, the Klumps kind of popped up in that scene. In the long run, it was too hard a left, and it would have been too expensive to do. So yeah, they were in this thing.”

Coming To America 2 is a very popular topic of conversation right now. It makes us have to wonder how things would have been different if the Klumps appeared and possibly stole the show.

If anything, then intention of this scene should let fans know that Prince Akeem and the Klumps do exist in the same universe.