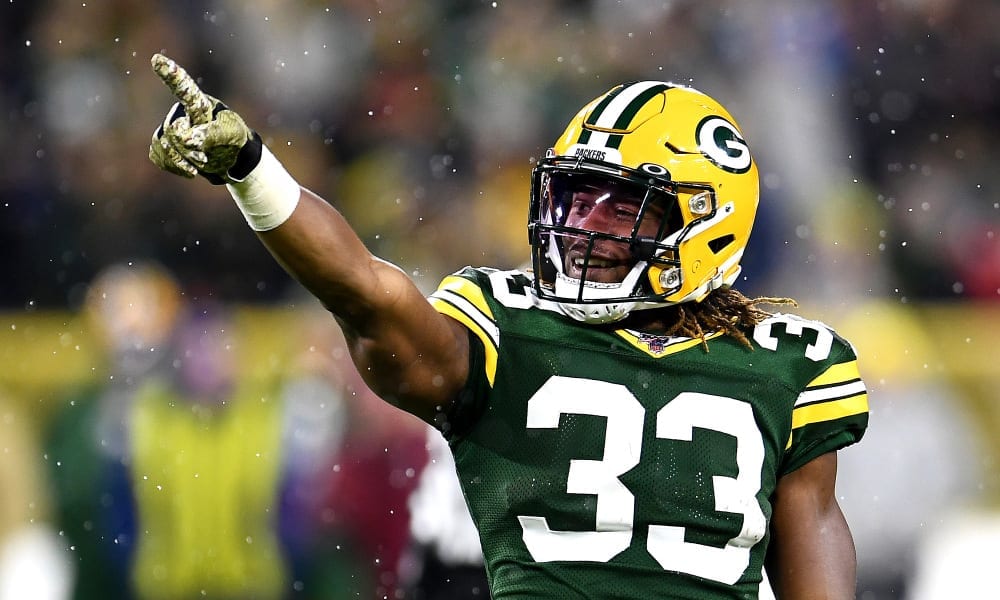 Football Team Green Bay Packers have some serious consideration to do. While the entire team going through a salary cap, the team’s general manager Brian Gutekunst hasn’t completely dismissed the probability of keeping Aaron Jones being given the franchise tag.

While being asked about the team’s plight and whether the players are at all interested in keeping the franchise’s tag on themselves, Gutekunst said:

We certainly could. I think it’s something we’re working through. I think, again, it’s not a philosophical thing to avoid it. I do think there are usually better ways to go about it, but certainly, if I think as we get down the road here over the next week or so, if that becomes what’s in the best interest for the Packers, I think we’ll do that. But at this point, we haven’t done that.