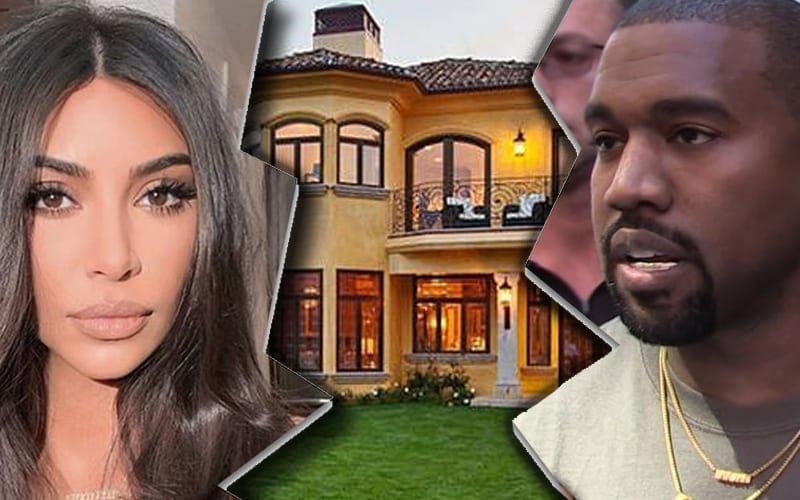 Kim Kardashian and Kanye West are divorcing, but she might get to keep the amazing mansion that he helped design.

The mansion that West spent years designing for himself and Kim might be given to Kardashian according to TMZ. After a six-year marriage, the inside of that mansion has been seen on plenty of reality television shows and photo spreads.

According to the reports, Kim and the kids have stayed in the mansion since the split, and they might be for the long haul. Kim is reportedly set to keep the home in the couple’s divorce.

Kanye has no real connection to that area, but Kim’s family lives close. She also loves the home and doesn’t want to move, especially since her kids grew up in the home. It’s unclear where Kanye is going to stay.

Kim also posted a couple Instagram stories of the latest Yeezy Foam Runners. So, things must not be all that bad between them.